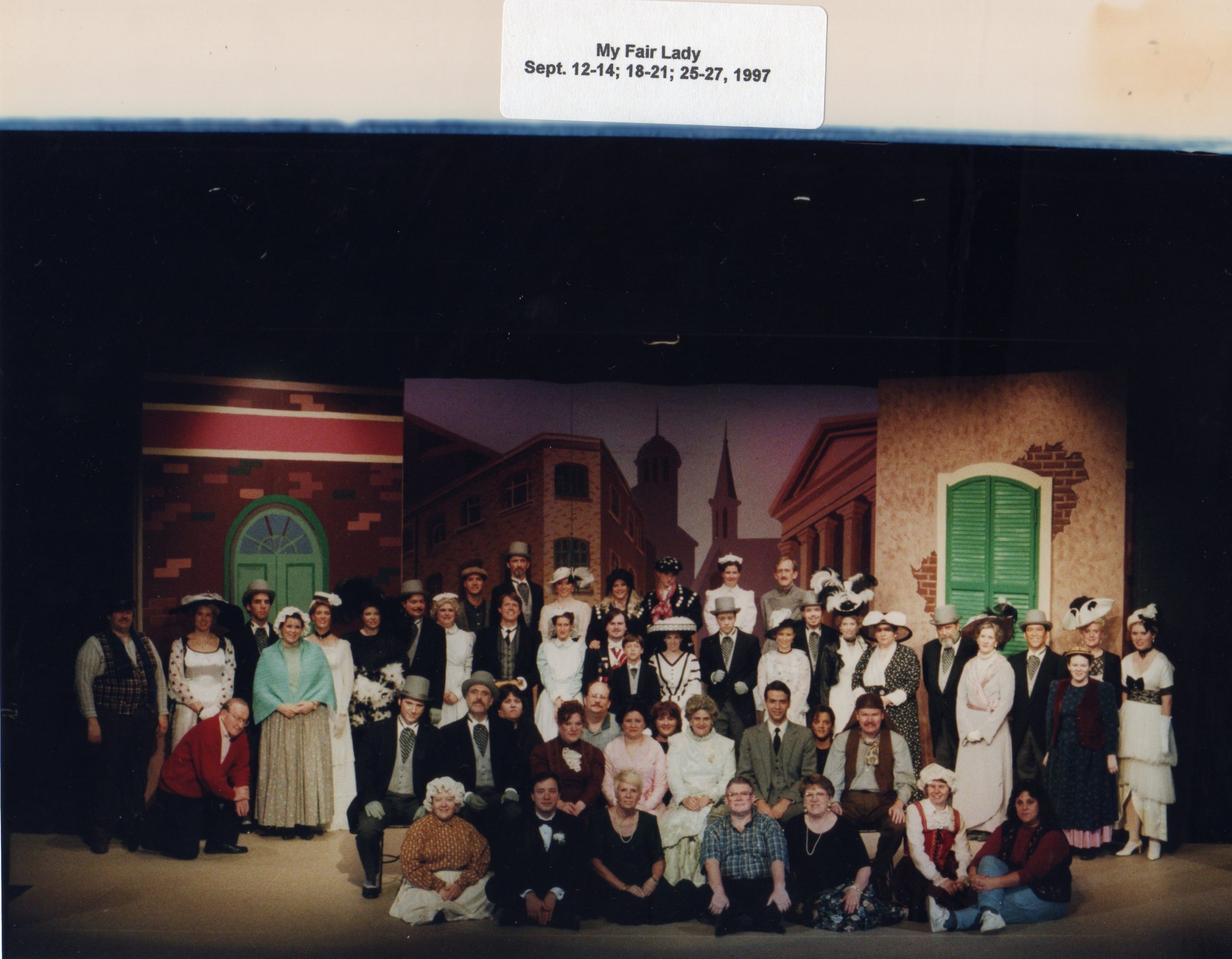 “My Fair Lady” tells the story of the over-confident Professor Higgins and his experiment that attempts to transform a cockney girl, Eliza, into a proper-speaking lady. Higgins and his friend Colonel Pickering make great progress with the girl and even take her to the horse races and a grand ball. Nevertheless, they still treat Eliza as a mere experiment and not as a human being. When Eliza runs away, Higgins realizes that she is more than just an experiment; indeed he is in love with the girl.

The 75th season began with a revival of the Learner and Lowe musical, “My Fair Lady.” The corporate sponsor for this production was State Farm Insurance. The first production had been during the 1978-1979 season. As a special offering for the opening and closing nights, Jeff Norton, banquet captain for the Radisson Hotel in Bloomington provided and set up hors d’oeuvres for the patrons. The September 12, 1997 Pantagraph featured the front page of the Steppin’ Out section describing the history of the Community Players and giving information on the new season. The show received a good review and a special mention of all of the groups of volunteers who make amateur theatre possible. On the lighter side, during the performance of the show, an antique couch’s leg gave way during a scene. Thinking quickly, Jeremy Stiller, dressed in costume as a house servant, came out and repaired the couch just enough to get through the scene.