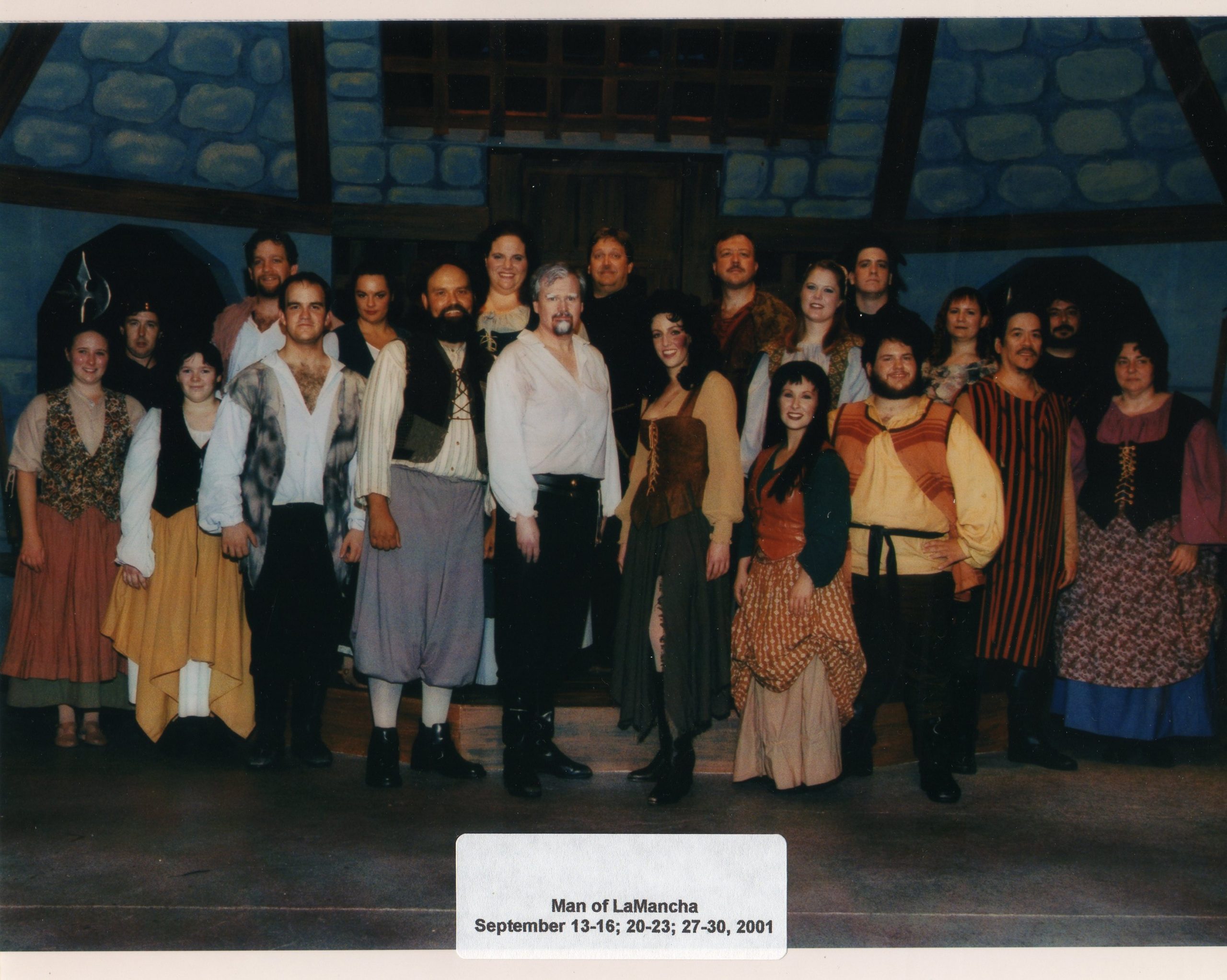 Miguel de Cervantes, aging and an utter failure in his varied careers as playwright, poet, and tax collector, has been thrown into a dungeon in Seville to await trial by the Inquisition for an offense against the Church. There he is hailed before a kangaroo court of his fellow prisoners: thieves, cutthroats, and trollops, who propose to confiscate his meager possessions one of which is the uncompleted manuscript of a novel called “Don Quixote.” Cervantes, seeking to save it, proposes to offer a novel defense in the form of entertainment. The “court” accedes and before their eyes, donning makeup and costume, Cervantes and his faithful manservant transform themselves into Don Quixote and Sancho Panza. They proceed to play out the story with the participation of the prisoners as other characters.

The theme of the 79th season was “Classics Old & New.” Due to the demand for tickets the number of performances for musicals was now raised to twelve and the number of play performances raised to eight. Community Players officially opened their 2001-2002 season with a revival of the Tony Award winning musical “Man of La Mancha.” The musical opened two days after the attacks of September 11, 2001. Many people asked how we could go on with the show. Aside from the theatre cliche “the show must go on,” it was the themes of “Man of LaMancha” that called for us to go on. The director’s reasons can be taken from a couple of quotes from Don Quixote, “What matters wounds? For each time he falls, he shall rise again! And Woe to the wicked” and from the lyrics of the finale “The Impossible Dream”: “To reach the unreachable star, though you know it’s impossibly high, to live with your heart striving striving upward, to a far unattainable sky.”

In the opening two paragraphs of the Pantagraph’s review, Marcia Weiss wrote of the silence of the opening night patrons outside of the theatre, hearing a plane fly by and someone quietly cheering it on. In the lobby, near a framed picture of the New York City skyline was a large glass goblet. Next to the goblet was a note that all donations were to go to the Red Cross Disaster Fund. Slowly, as Americans got back to the business of their lives, audiences slowly returned to the theatre.

During the season, the Board of Governors honored long time Players’ actor, director, board member, and Past President Tony Holloway. The theatre lobby was rechristened the Tony Holloway Lobby. Presenting Tony with his award were Past presidents Eddy Arteman and Nikki Phillips.

Captain of the Inquisition

The Innkeeper (The Governor)