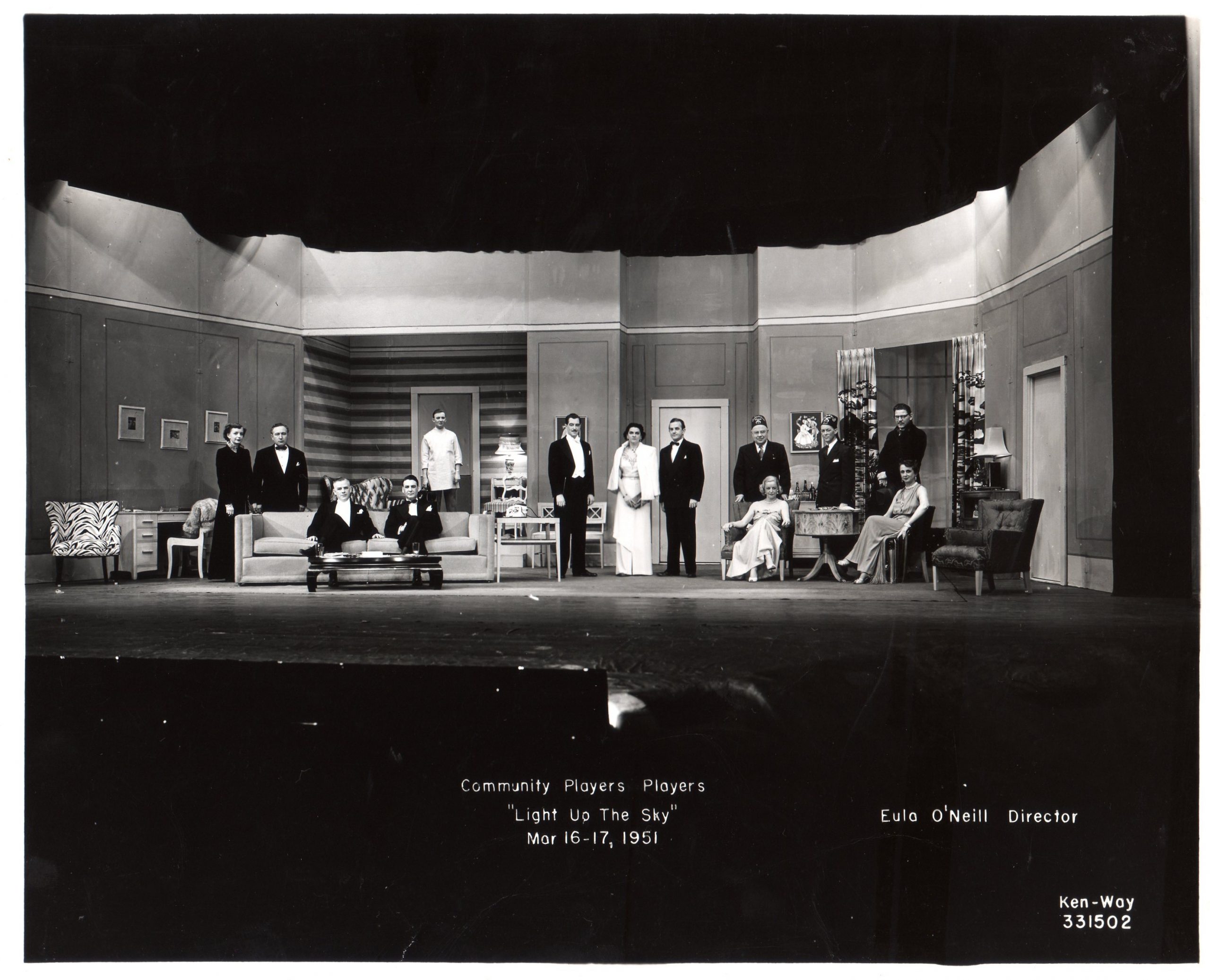 Light Up the Sky

“Light Up the Sky” takes place in the hotel room of Miss Irene Livingston prior to the opening of a new play and follows a truck driver turned playwright, Peter Sloan, watching his first play being produced in Boston. This backstage comedy features the grandly tempermental leading lady, Irene; her sarcastic gin rummy playing mother, Stella; the flamboyant director, Carleton Fitzgerald; the low-brow producer, Sidney Black; and his ice-skating wisecracking wife, Frances. The opening night seems to go awry and the producer, cast, etc. believe it is a flop and turn against each other, the producer, and the author. However, when it turns out that the reviews are favorable, the tables are turned.

It was announced at the end of the year meeting that a total of 2,282 season tickets were sold for season. This total beat the 2,100 of several years ago as the best sales for a season. It was also reported that single admission sales were the highest ever, recorded at $1,279.50, which was $200.00 over previous seasons. These sales reflected the 500 available non-season ticket seats.