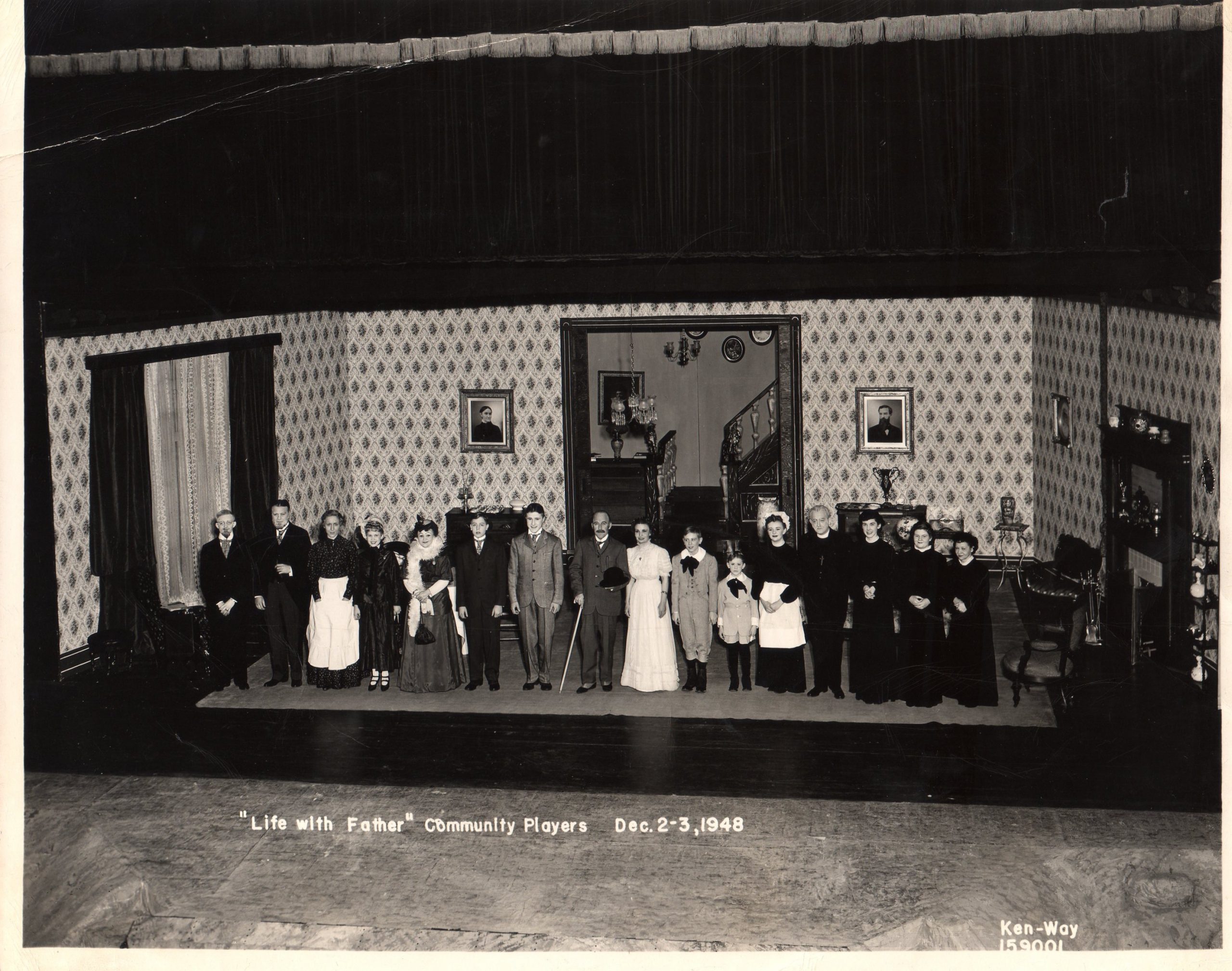 Father and his wife Vinnie, their three young sons, relatives, and friend are all involved in an epic struggle between father and mother to have father properly baptized.

“Life With Father” had the largest audience in the Players’ history on the second evening. The show was a complete sell-out, every seat in the Consistory had been sold. The box office receipts were the largest for any previous single night, reported Players’ President Mrs. Howard Sloan. Mr. Wayne West of Peoria was the director for the show, and Mr. Chalmer Taylor, Father, took over the role with only three weeks rehearsal before the opening. The original actor had to drop due to business reasons.