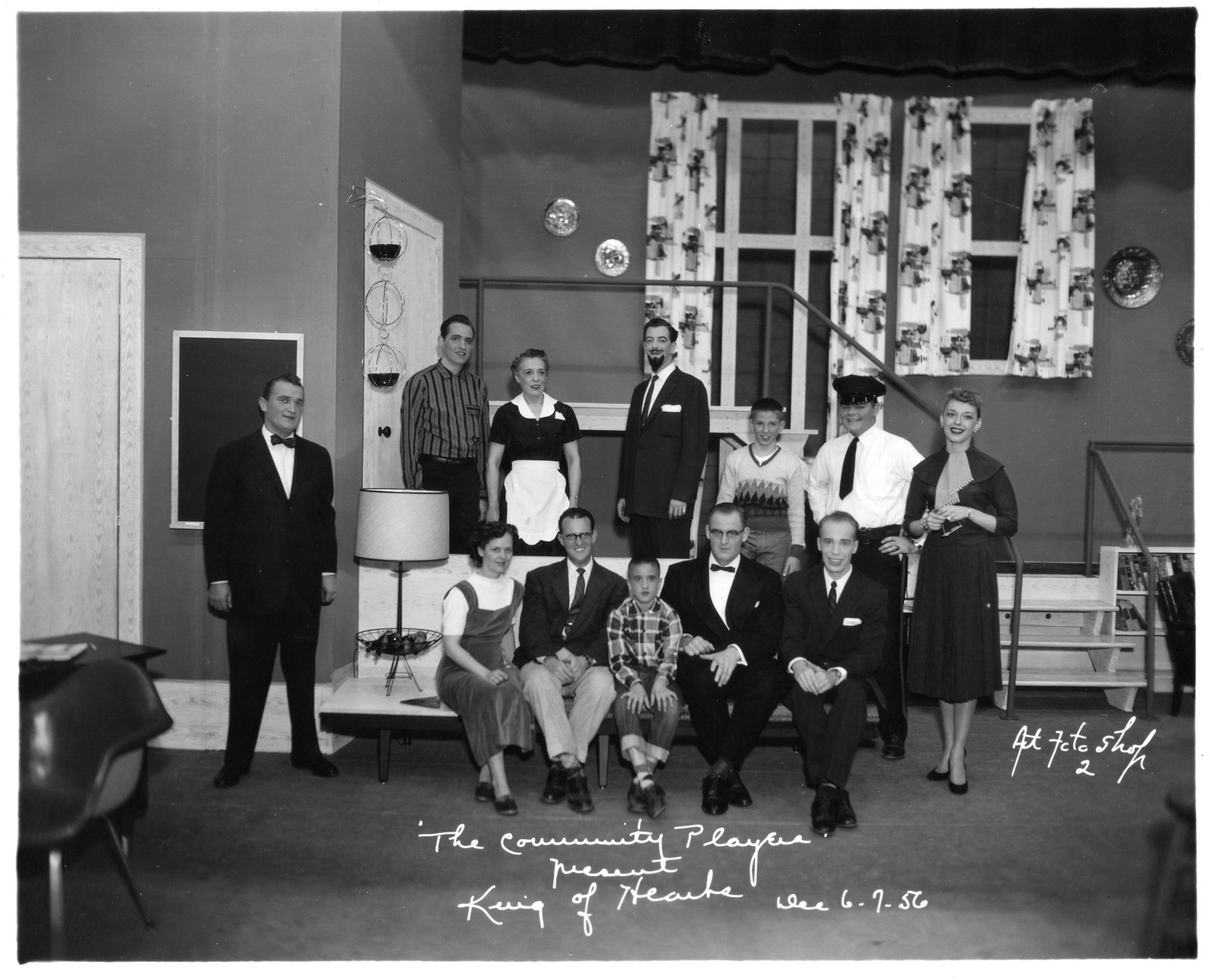 Larry Larkin draws a comic strip and, to put it bluntly, could take all prizes as the world’s number one egotist. Larry is engaged to his secretary, Dunreath Henry, a very nice girl, who sees Larry as he sees himself—not as everyone else sees him. To create a triangle, Frances X. Dignan then appears; ostensibly he’s to draw Larry’s strip while Larry takes a month off to honeymoon with Dunreath, but Dignan immediately decides his purpose in life is to save Dunreath from what he calls,”the fate worse than the fate worse than death.” There is also Norman, a small boy from Australia, whom Larry adopted to show what a good guy he really is. Dignan and Norman between them eventually manage to convince Dunreath that she is really in love with Dignan, and the three of them go off together while Larry happily broods on his own greatness.

“The Desperate Hours” had been announced and auditioned for the second show of the season, but it was dropped in favor of the newly released to amateurs comedy “King of Hearts.” The shows were changed because of casting and staging difficulties. All but two of the players appearing in “King of Hearts” had tried out for “The Desperate Hours” before it was abandoned, according to the co-directors, Fred and Mary Muxfeld. “The Desperate Hours” would finally be performed in the 1962-1963 season at the new Community Players Playhouse at 201 Robinhood Lane during its first full season.