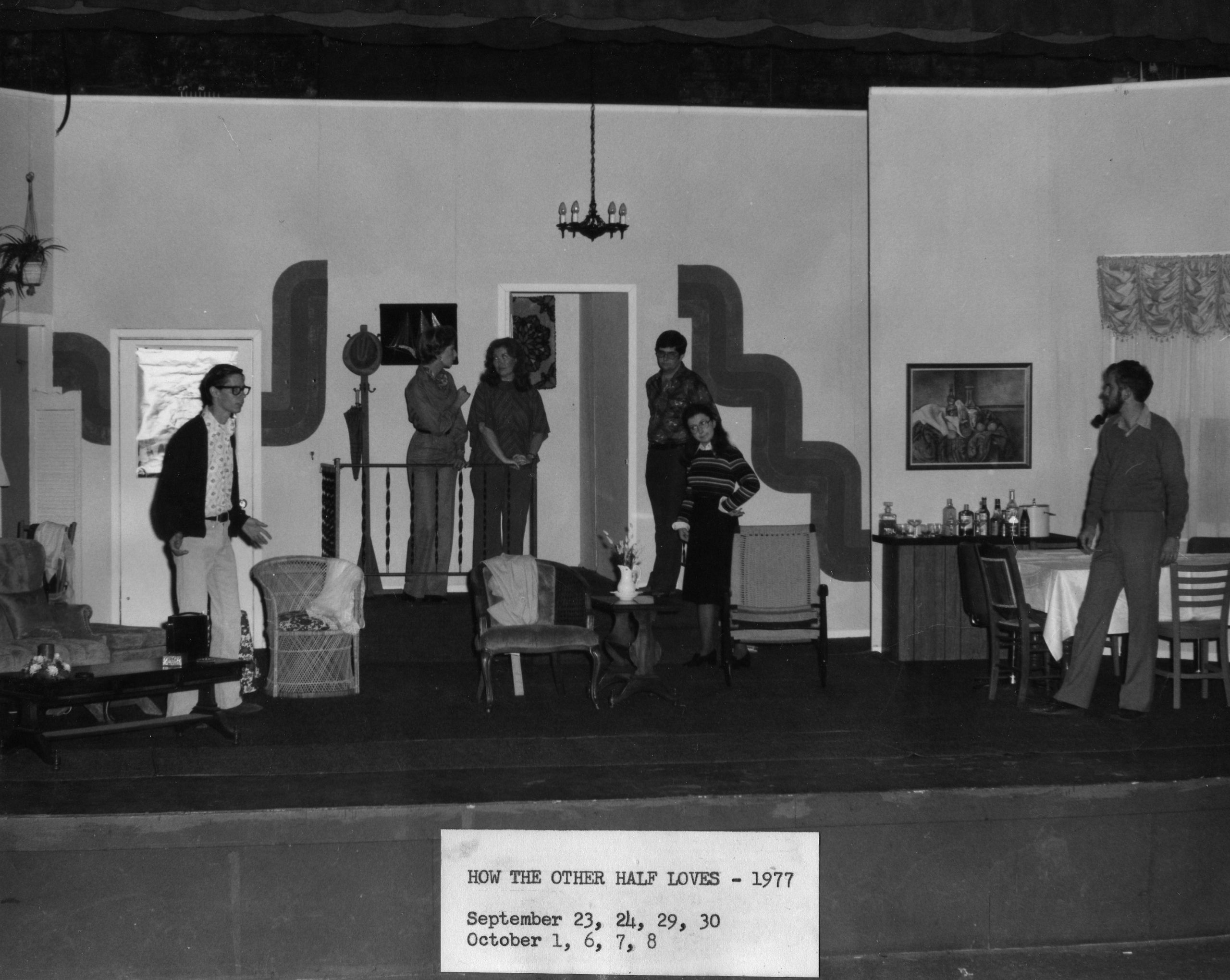 How The Other Half Loves

The Alan Ayckbourn farce “How The Other Half Loves” features three couples, the men all working for the same firm. One of the younger men is having an affair with the wife of the oldest, and when each returns home suspiciously late one night or early one morning, they invent a story about having to spend some time smoothing domestic matters in the home of the third couple. Both living rooms are shown in the single set, and both share a common dining room which takes on a character of its own as it serves two dinners simultaneously on two different nights. Of course, the third couple have to show up to put the fat in the fire, but that complication only adds to the fun of this famous farce.

The opening show of the 1977-1978 season was written by Alan Ayckbourn, who is sometimes called the English Neil Simon. The actors and the show received praise for its pacing and the comedy talents of everyone involved. The setting was complex, a single box set that shows two different living areas while using only one dining room. In praising the actor’s work, the reviewer said that it was no small feat for any actor not to go through a performance without getting into the wrong area of the intertwining apartments. The production came through with clarity and great comedy.