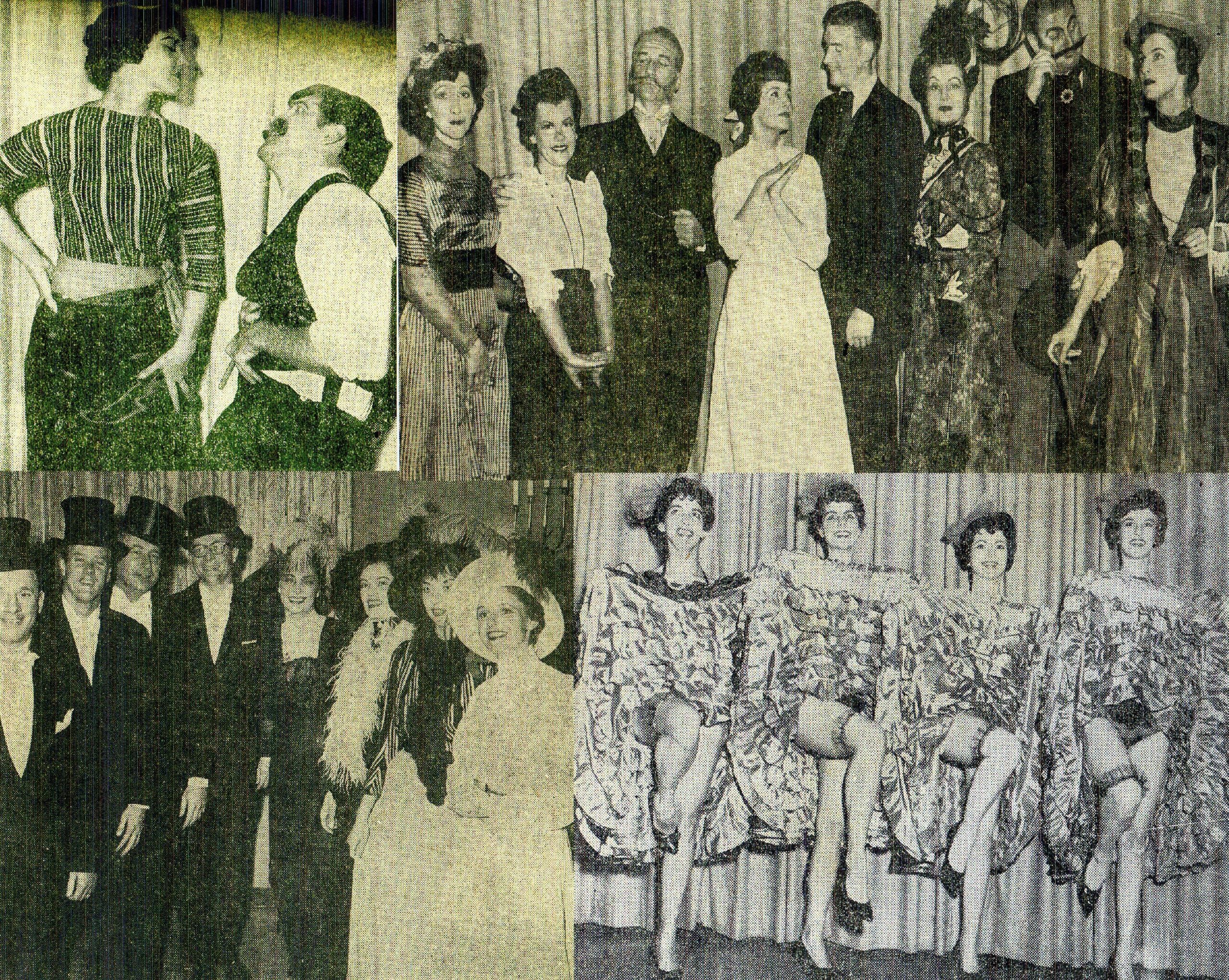 Her Fatal Beauty; or A Ship-Girl’s Honor

Handsome Noble Humdinger longs to marry the radiant Milly Blossom, but he reckons without that fiend, Courtenay Kenilwork. Courtenay plans to drug Milly and shanghai her onto a boat sailing for South America. Will Noble Humdinger foil the scoundrel?

The focus of this season was fundraisers as well as laying the groundwork for the Players’ new little theatre building:

On September 22, 1959, the Community Players hosted a fashion show. Roland’s, Anderson’s, Livingston’s and Hall’s Tog Shop provided fashions for Ladies and Girls, while Moberly & Klenner and Dwenter’s provided fashions for Men and Boys. The Fashion Show, held at the Student Union at I.S.N.U, earning $2,100.

In October the building hosting Players’ scenery and properties storage was sold. Everything was moved quickly to a building owned by Players’ President Dean Litt.

In December, Players purchased a lot north of the Piggly Wiggly store on Towanda Avenue (now the Post Office) for $7,500. In January, The Players were successful in getting the City Planning Commission to rezone the area for a theatre.

In January, the next major fundraiser was in development. A one act ‘mellerdrayma’ was being organized for the Rotary Ladies Night. It would be a traditional ‘Mellerdrayma’ with songs and dance added. “Her Fatal Beauty; or A Shop Girl’s Honor,” was presented on April 28th. It was reprised on May 24th at The Illinois House Hotel as a dinner theatre presentation and annual meeting.
Both fundraisers made a total profit of $6,149.16.

The Players would break ground for their new theatre in the fall of 1960.

Milly Blossom (Our young and beautiful heroine - only a shop-girl)

Noble Humdinger (our noble young hero with a manly bosom)

Victoria Manning (in love with Noble)