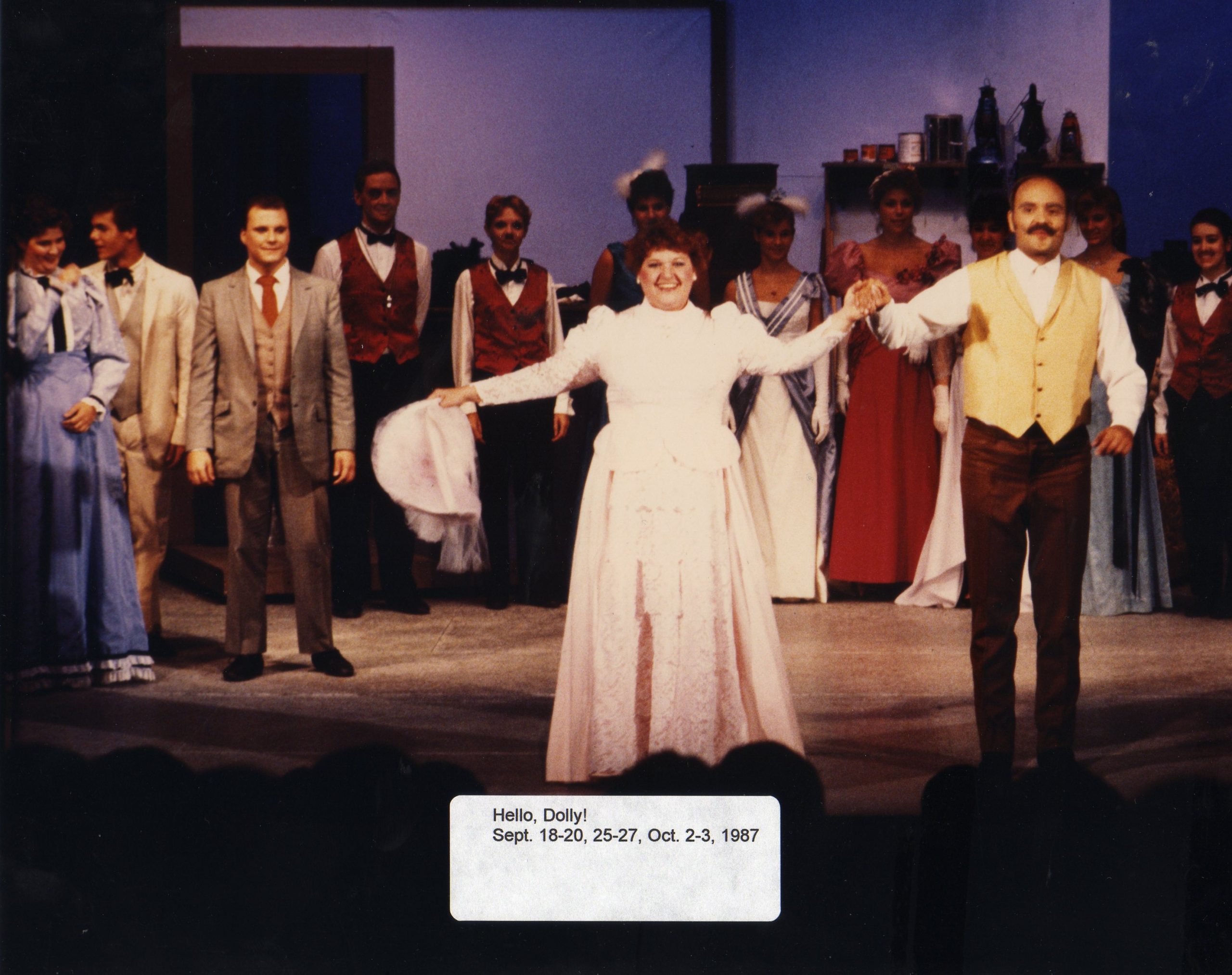 The 1987-1988 season, slated to have seven shows, opened with a successful revival of “Hello Dolly!” with L. Jane Thomley and John Lieder in lead roles. Newcomers included staff members Jeremy Stiller and Tricia Stiller and actors Juliet Wright and Janet Frevert (who had been rehearsal pianist for many of Players’ musicals). The acting, the singing, the dancing, and the direction all received high praise. Community Players’ first production of “Hello Dolly!” had opened the 1971-1972 season.

In an interesting turn of events, Rosemary Luitjens, playing both female chorus member and dancing waiter met with an accident on the stage. During the “Waiter’s Gallop” number, the ‘Turn-of-the-Century’ roll drop curtain came loose and tumbled down onto Rosemary’s head giving her a nasty cut. She was taken to the emergency room and patched up so that she could return to the run of the show.

This ambitious 65th season of Community Players was off and running. For this season, the board offered something new: patrons were given a choice in ticket prices. They could either order Series “A” or Series “B” tickets. The Series “A” gave only the four season shows for $18.00. The Series “B” ticket would get all four Series “A” shows as well as three special shows (“Christmas on Robinhood Lane – The Mission,” “Theater For Young People – The Red Shoes,” and “Dandelion Wine”) for $22.00. Season ticket flex options continued to be offered until the end of 70th season in 1992-1993 and then were revived in 2014.