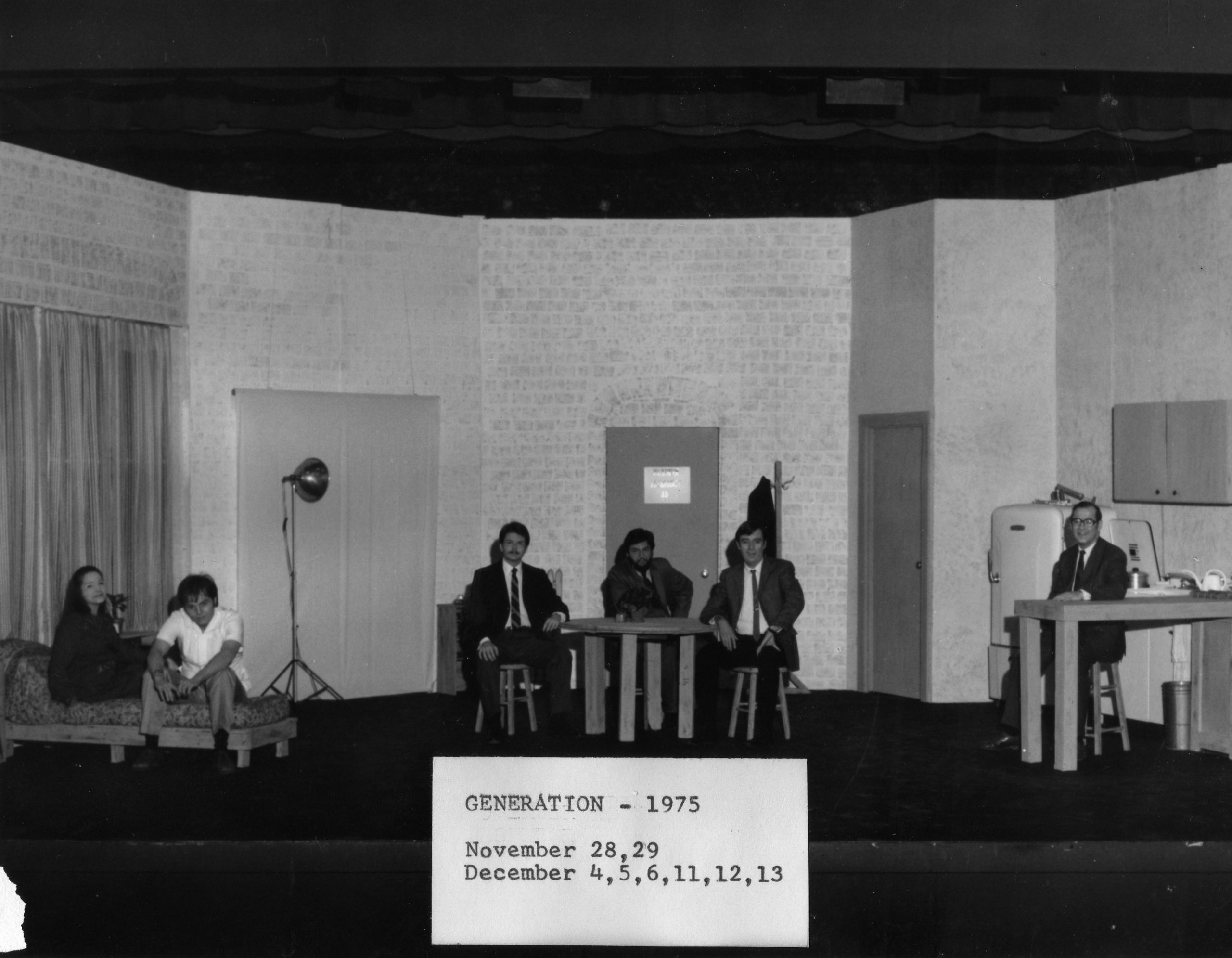 “Generation” tells the story of a father who is coping with his determinedly unconventional daughter and son-in-law, who decide to deliver their own baby. So, father smuggles in a chum who is an obstetrician to attend the natural childbirth of his grandchild.

“Generation,” the second show of the season, received good reviews for both the story and the actors. Several of the performances were sold out. It was announced at a board meeting that the structure we now call the light booth, was framed in and covered. The project was all but finished except for the sound proofing and ventilation. It was announced the renovations would be completed by the production dates for “Generation.”