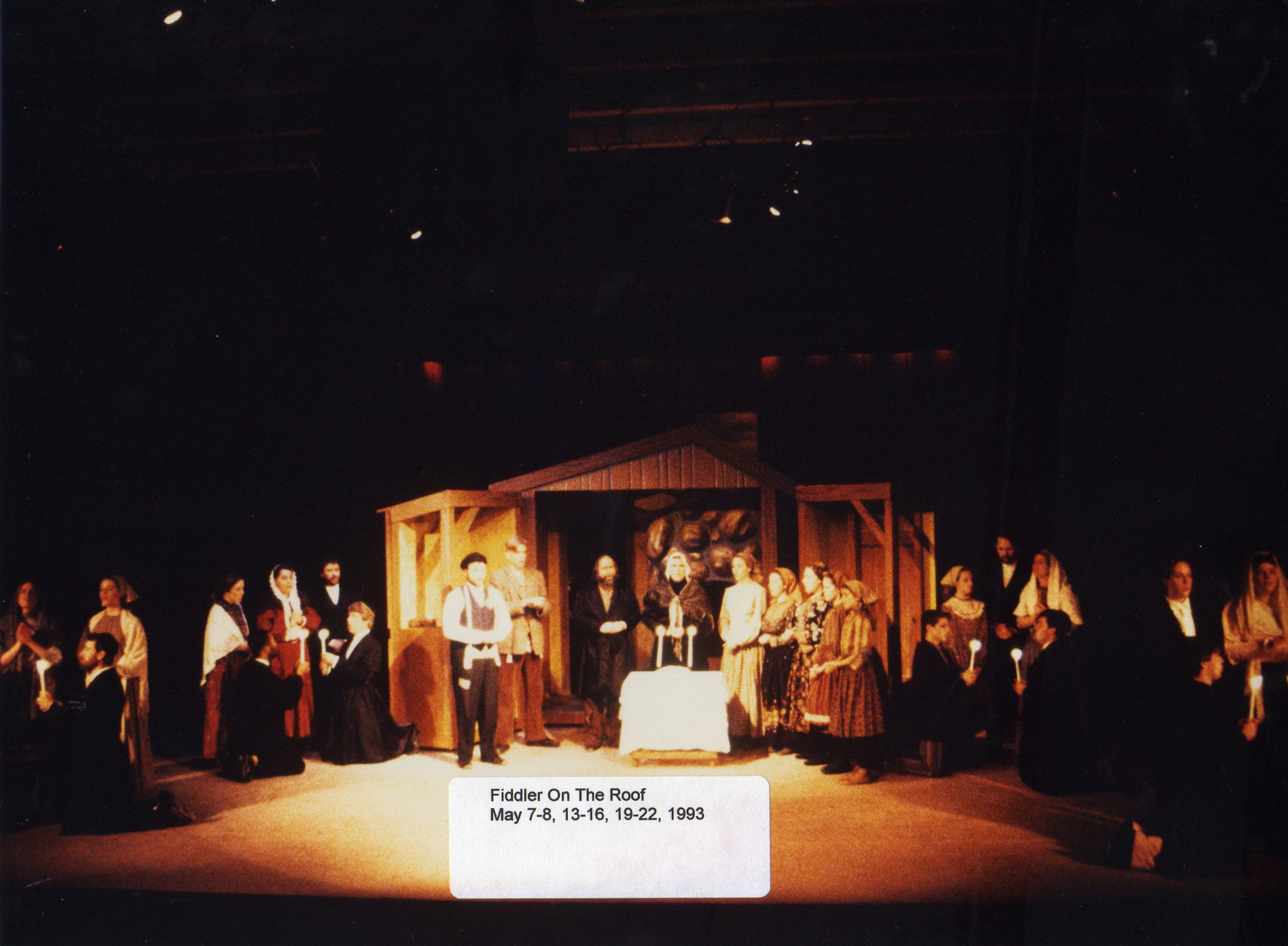 “Fiddler on the Roof” is set in the little village of Anatevka. The story centers on Tevye, a poor dairyman, and his five daughters. With the help of a colorful and tight-knit Jewish community, Tevye tries to protect his daughters and instill them with traditional values in the face of changing social mores and the growing anti-Semitism of Czarist Russia. Rich in historical and ethnic detail “Fiddler On The Roof” has a universal theme of tradition that cuts across barriers of race, class, nationality and religion.

The closing production of the 70th season was a revival of the classic Tony Award winning musical “Fiddler on the Roof.” The corporate sponsor for “Fiddler” was Hardee’s Enterprises. “Fiddler” had first been performed in the 1977-1978 season. This show was an audience favorite. Newcomers to the stage were Carol Plotkin as Yente and Gail Gummerman as the fiddler. Gail was a third generation performer for Players. Players audiences knew her father, Curt, who had performed in both productions of “The Music Man,” her Grandfather Bernie who had printed the Players programs for many years, and her Grandmother, Hilda, the first person selected as a Governor Emerta to Players’ Board of Governors, was considered the First Lady of Players.