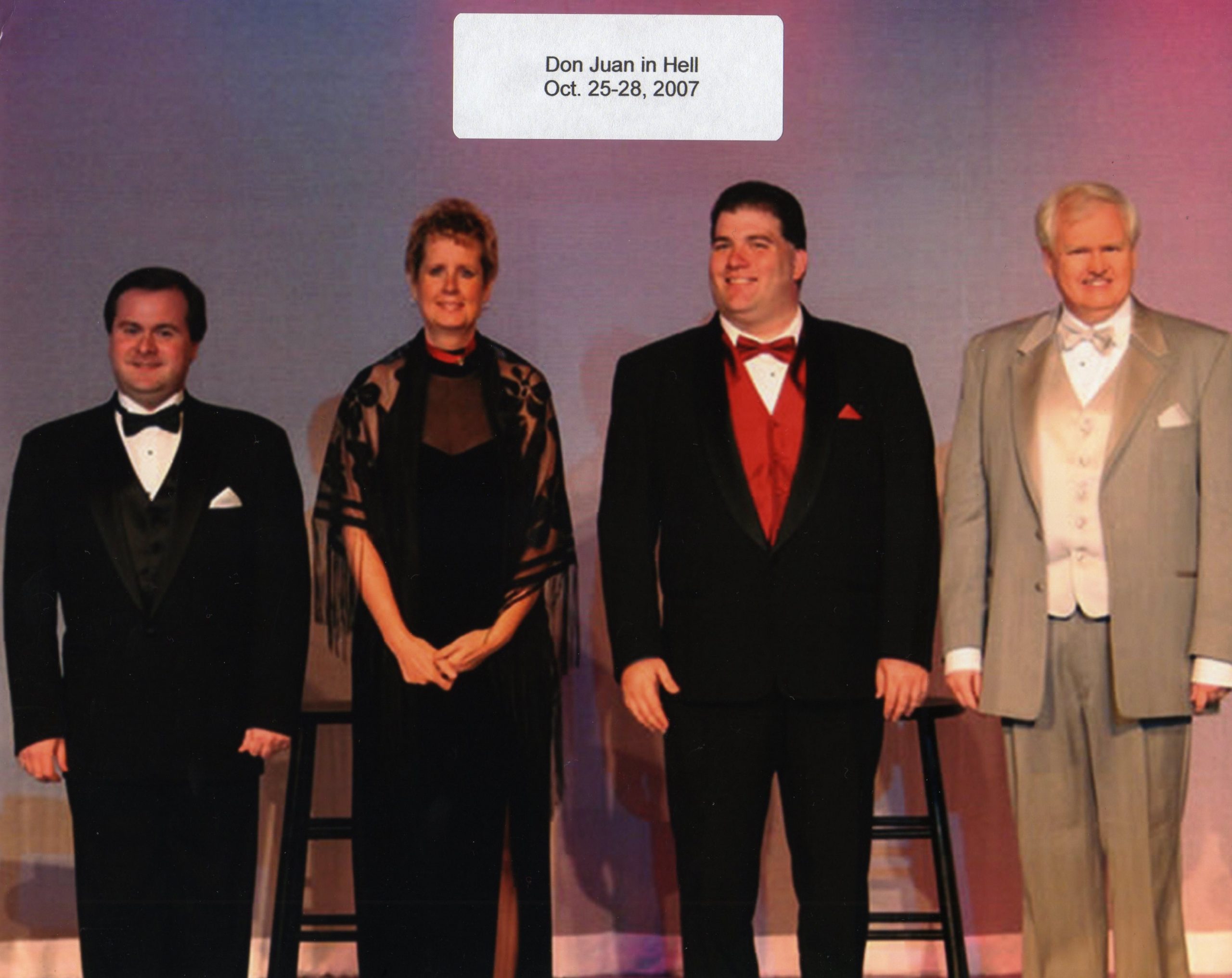 “Don Juan in Hell” is the rarely performed third act of Shaw’s philosophical comedy “Man and Superman.” By itself, it lasts 90 minutes and depicts a spirited conversation between Don Juan, the Devil, Juan’s former paramour Doña Ana, and her father the Commander, slain by Juan while defending his daughter’s honor. This “chamber concert for four voices” debates love, war, morality, and the eternal battle of the sexes with sublime wit and devilish charm.

Don Juan gained its fame as a stand-alone theatrical piece thanks to a 1950s concert version, featuring Charles Boyer as Don Juan, Charles Laughton as the Devil, Sir Cedric Hardwicke as the Commander, and Agnes Moorehead as Doña Ana. The point of this play is a protracted discussion about, well, just about everything on earth

“The Woman in Black” was originally scheduled to be the lab show, but due to a performing rights conflict the show was not available. George Bernard Shaw’s “Don Juan in Hell” was substituted. The show was performed on the apron of the stage using stools, costumes, and lighting. “Don Juan in Hell” was a renewal of sorts for Players offering lab shows that were not part of the season ticket package. The idea was to present shows that might not sustain a full run, or had subject matter that needed a smaller venue for presentation.