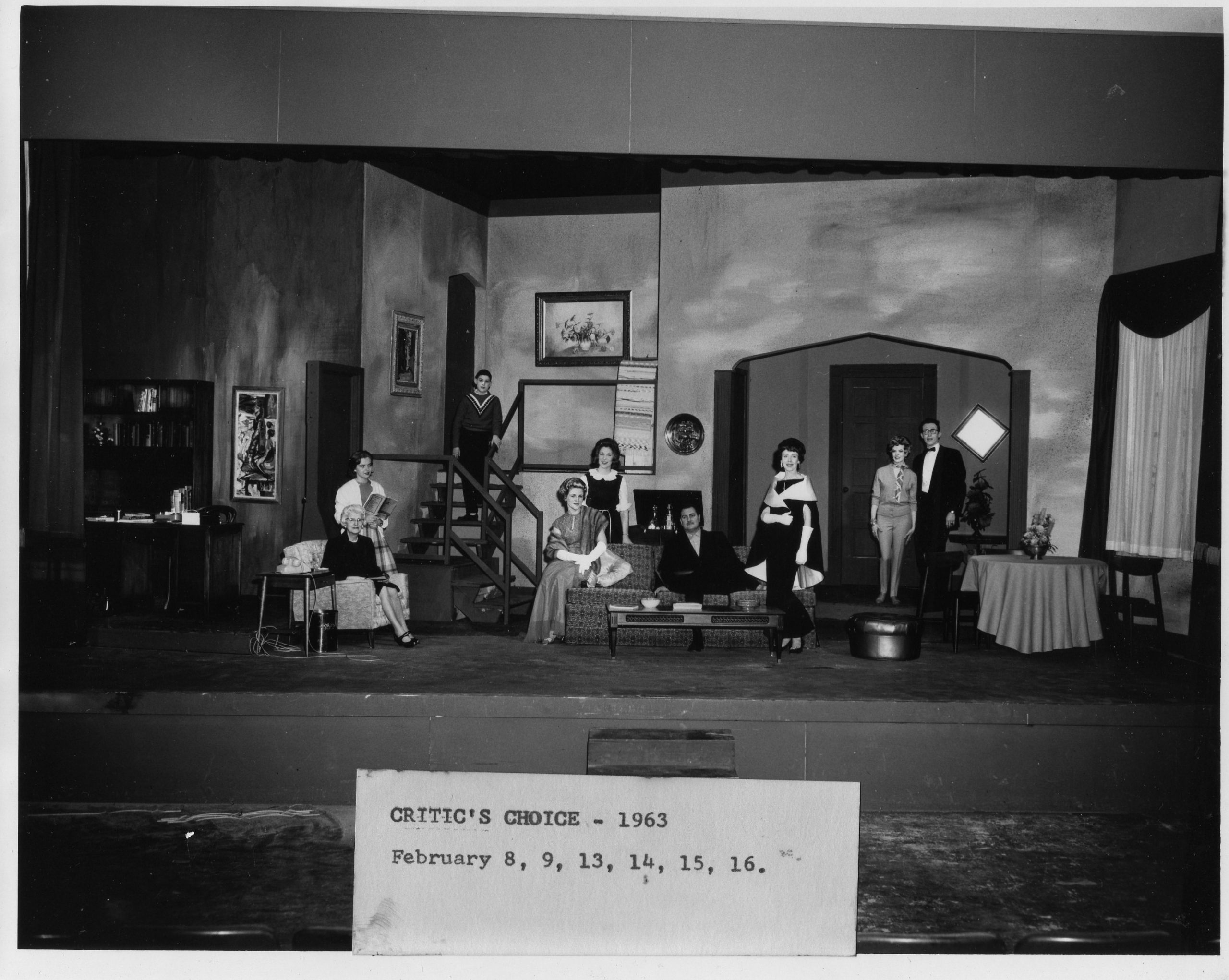 “Critic’s Choice” tells the story of theatre critic Parker Ballantine. Parker’s second wife, Angela, writes a play that is going to be produced on Broadway. The play is awful, and Parker must decide whether or not he will review the play honestly. Arguments ensue when the critic, his present wife and her mother, their teenage son, and his first wife all get involved in the critic’s decision to honestly review his wife’s play.

“The Desperate Hours” had been announced as the second show of the season, but due to scheduling difficulties for the director, the board changed the order and “Critic’s Choice moved from third to the second spot. The board also voted to add a Sunday Matinee due to the positive season ticket response of 1,645 tickets sold. By the opening of the show, 1,800 season tickets had been sold. “Critic’s Choice” was the first show to audition in the Robinhood Lane Theatre. The auditions were held on December 5th & 6th, with a third tryout on December 13th.