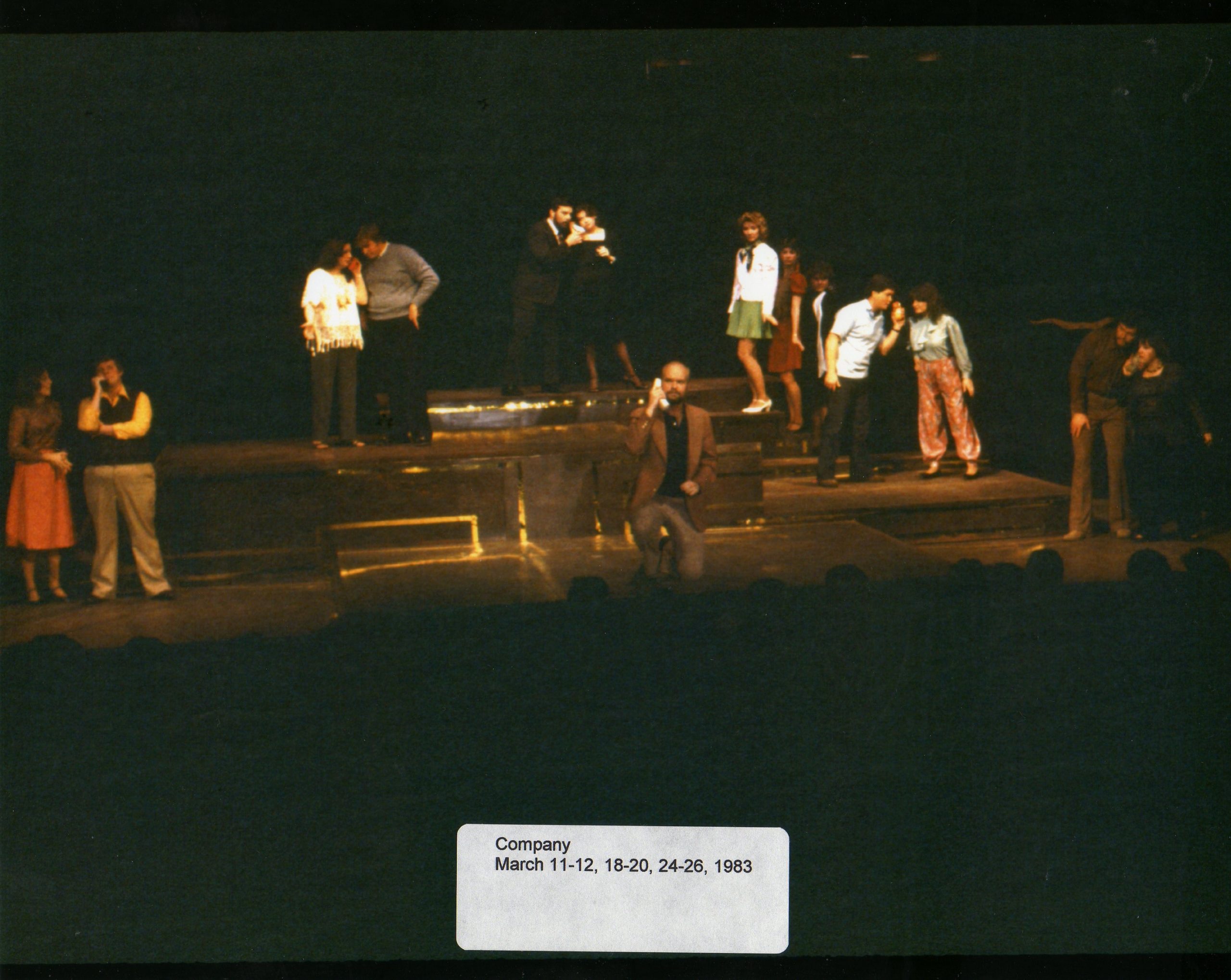 On the night of his 35th birthday, confirmed bachelor Robert contemplates his unmarried state. Over the course of a series of dinners, drinks, and even a wedding, his friends — “those good and crazy people [his] married friends” — explain the pros and cons of taking on a spouse. The habitually single Robert is forced to question his adamant commitment to bachelorhood during a hilarious array of interactions. Sondheim’s game-changing musical is a sophisticated and honest look at modern, adult relationships.

The musical “Company” played to mixed reaction due to its subject matter-marriage-and the complexity of the Stephen Sondheim score. The show represented the first time musical directing for Richard Stanford for the Players. It would also to be his last show for Players because he was moving out of the area to take a different job. In the program was the announcement for the annual Recognition Banquet. The date announced was June 10, 1983, to be held at the Eagles’ Lodge.