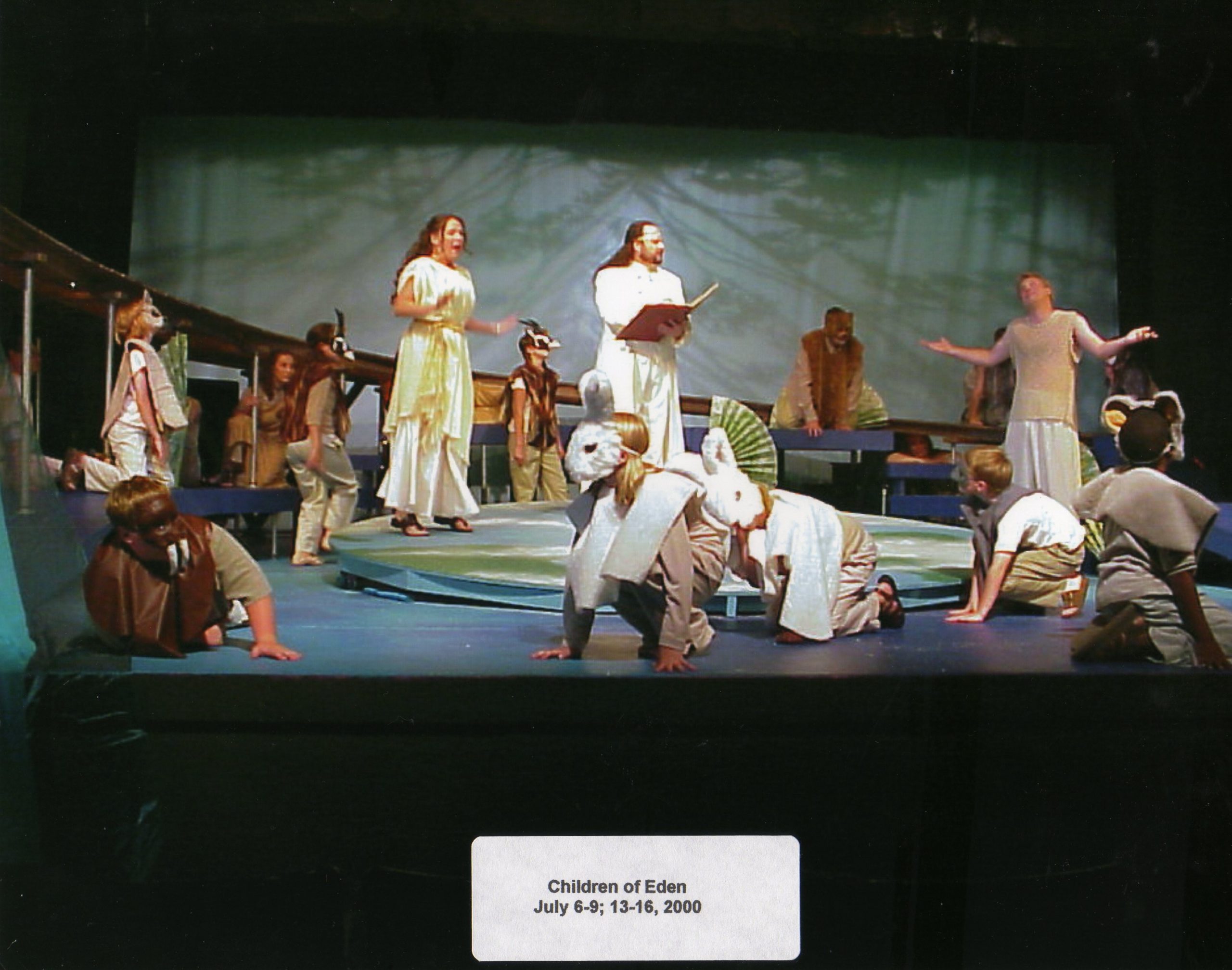 “Children of Eden” is loosely based on the Book of Genesis and tells the story from the Creation until right after the Flood. The show exams the age-old conflict between parents and children. Act I tells the story of Adam and Eve, Cain, and Abel, and Act II deals with Noah and the Flood. Adam, Eve, Noah, and the “Father” who created them deal with the headstrong, cataclysmic actions of their respective children. The show ultimately delivers a bittersweet but inspiring message: that “the hardest part of love… is letting go.”

Music and Lyrics by Stephen Schwartz, Book by John Caird

The “Theatre For Young People” productions returned with “Children of Eden.” The Stephen Schwartz musical about parents, children, and faith was a wonderful evening of entertainment and inspiration for parents and children of all ages. A Pantagraph photo article called the show a family affair. There were 14 families among the 47 cast members. In the program was reprinted a letter to the cast from Stephen Schwartz, Tony Award winning composer of the show, wishing the cast a great show and to break-a-leg!