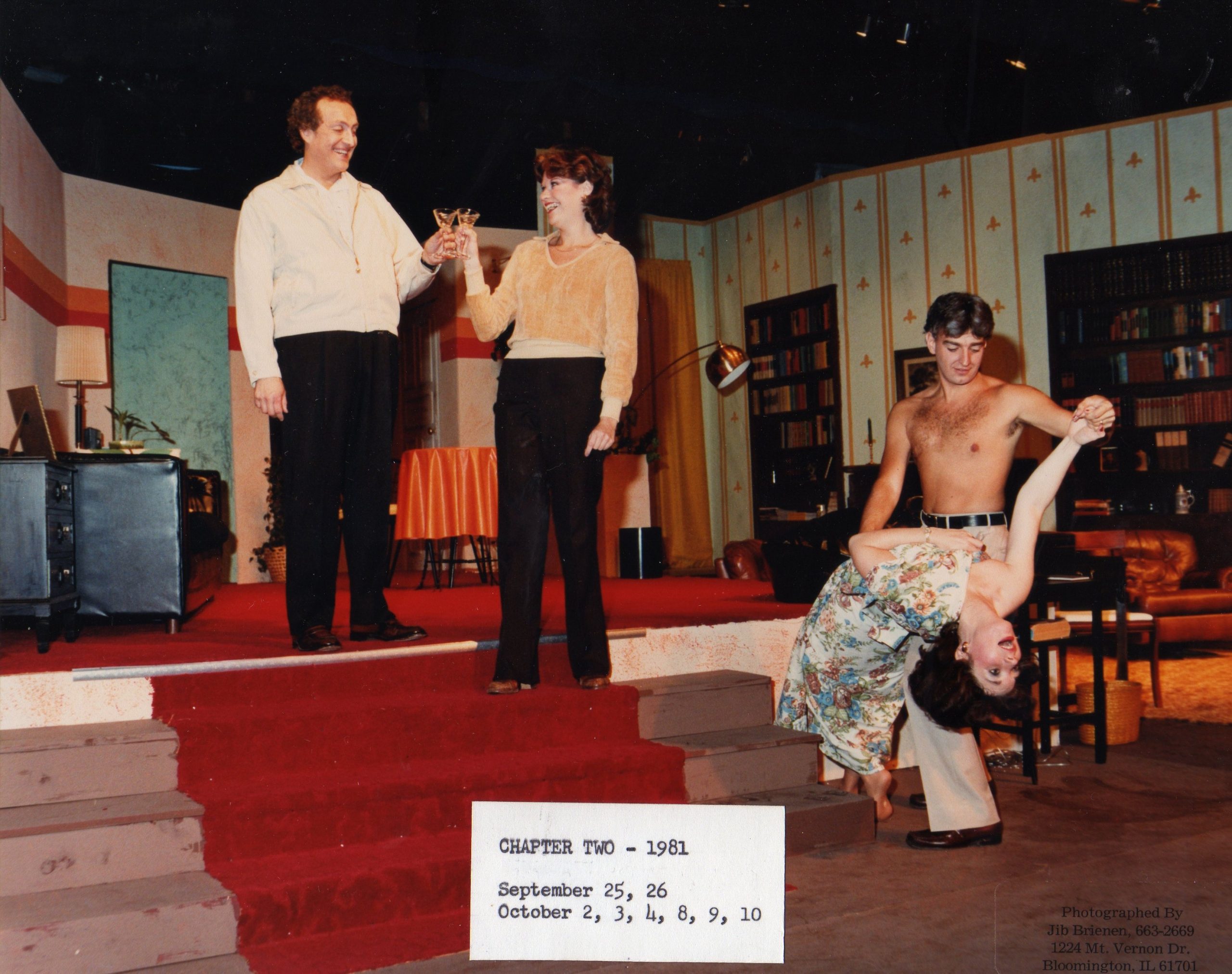 Recent widower, writer George Schneider, is encouraged by his younger brother Leo to start dating again, which sends George into even deeper depression after a series of bad matches. Then Leo comes up with Jennie Malone, and she’s a keeper. Still, it’s a bumpy trip on the road to Dreamland for these not-so-young lovers. George and Jennie stumble on, overcoming both their hesitation on the rebound and emotional neediness.

The 1981-1982 season again offered five shows: two comedies, two musicals, and a drama. Over the summer, Jack Aldridge and a crew of volunteers, worked on both the north and south stairwells to the basement, giving both new treads and drywall. Also in the summer, Paul Dillow built a permanent apron to the stage. The apron is the area in front of the proscenium. Until Paul’s work, the apron was only temporary and used platforms for support. The temporary apron had been in place since the 1979-1980 season.

“Chapter Two” was the newest release of the Neil Simon comedy, and it was the first directing assignment for Rich Stanford, although he had been active as an actor on the stage for Players. The show received very good reviews for both the production staff and the actors. “Chapter Two” was also a financial success.