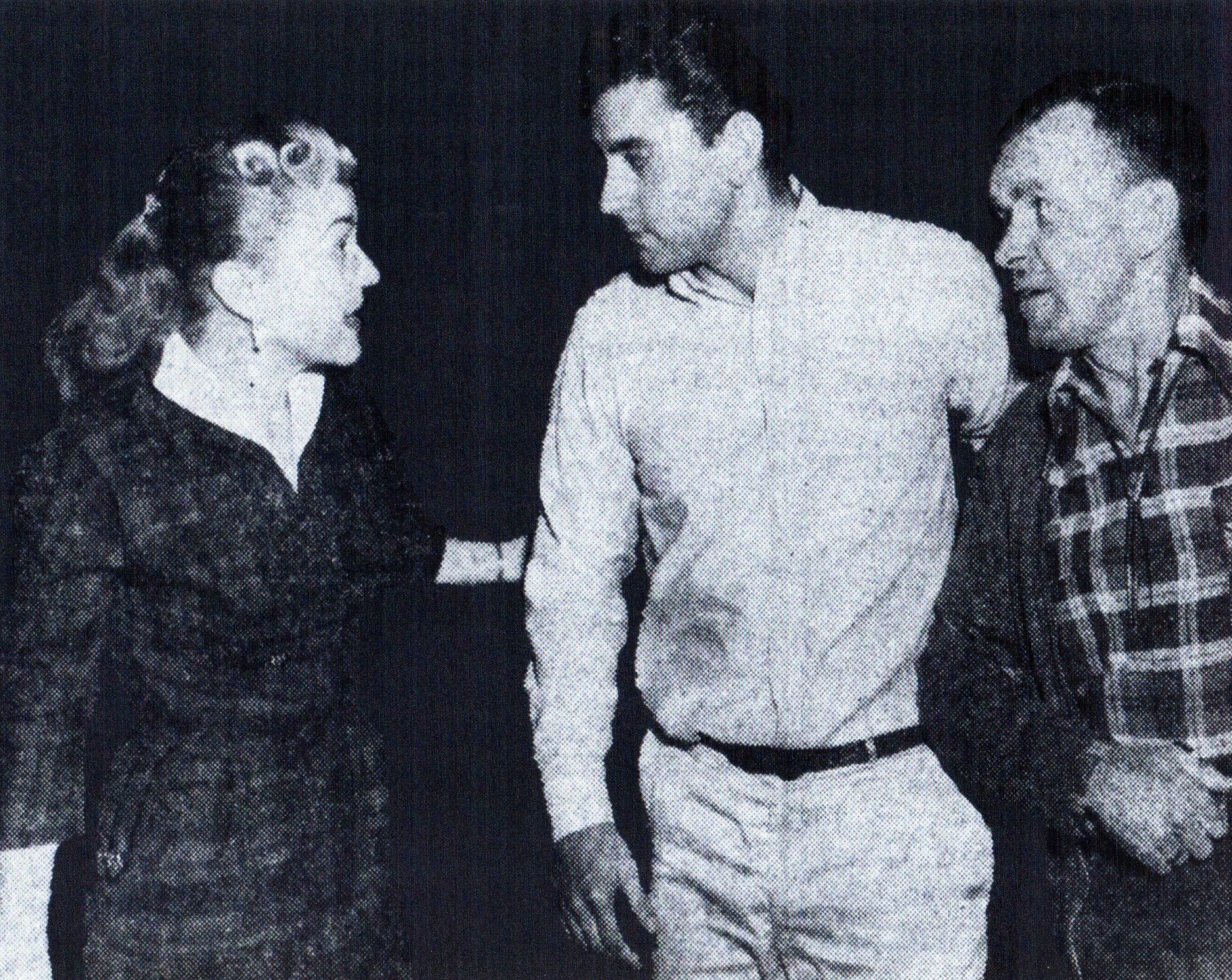 In the middle of a howling snowstorm, a bus out of Kansas City pulls up at a cheerful roadside diner. All roads are blocked, and four or five weary travelers are going to have to hole up until morning. Cherie, a nightclub chanteuse in a sparkling gown and a seedy fur-trimmed jacket, is the passenger with the most to worry about. She’s pursued, made love to, and finally kidnapped by a twenty-one year old cowboy with a ranch of his own and the romantic methods of an unusually headstrong bull. As a counterpoint to the main romance, the proprietor of the café and the bus driver at last find time to develop a friendship of their own; a middle-aged scholar comes to terms with himself; and a young girl who works in the café also gets her first taste of romance.

In a September 17, 1957, board meeting, concerns were expressed over the fact that only 860 season tickets had been sold for this season. Last season, 1600 has been sold and Players experienced a loss of $1,100. There was concern over whether “Bus Stop” should run for only one night, but that would save only $300.00. However, if season ticket sales did not rise, that may be a consideration for the remainder of the season. “Bus Stop” ran the two performances and was well-received. The show helped bring up the number of season tickets to 1,315. President Chrisman explained to the audiences that rising costs and the increased popularity of television were impacting attendance.

Grace Hoylard, owner of the restaurant

Will Masters, a Sheriff