It’s the 1960s, and swinging bachelor Bernard couldn’t be happier: a flat in Paris and three gorgeous stewardesses all engaged to him without knowing about each other. But Bernard’s perfect life gets bumpy when his friend Robert comes to stay and a new and speedier Boeing jet throws off all of his careful planning. Soon all three stewardesses are in town simultaneously, timid Robert is forgetting which lies to tell to whom, and catastrophe looms.

“Boeing Boeing,” the 2008 Tony Award Winner for Best Revival of a Play, opened The Community Players’ 94th consecutive season. “Boeing Boeing” was a first-time production for the Players. It also featured first-time director, G. William Zorn. The show was well-received by both audiences and the reviewer who complimented nuanced performances, charisma and extremely funny physical comedy. 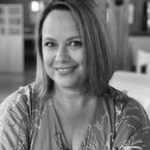