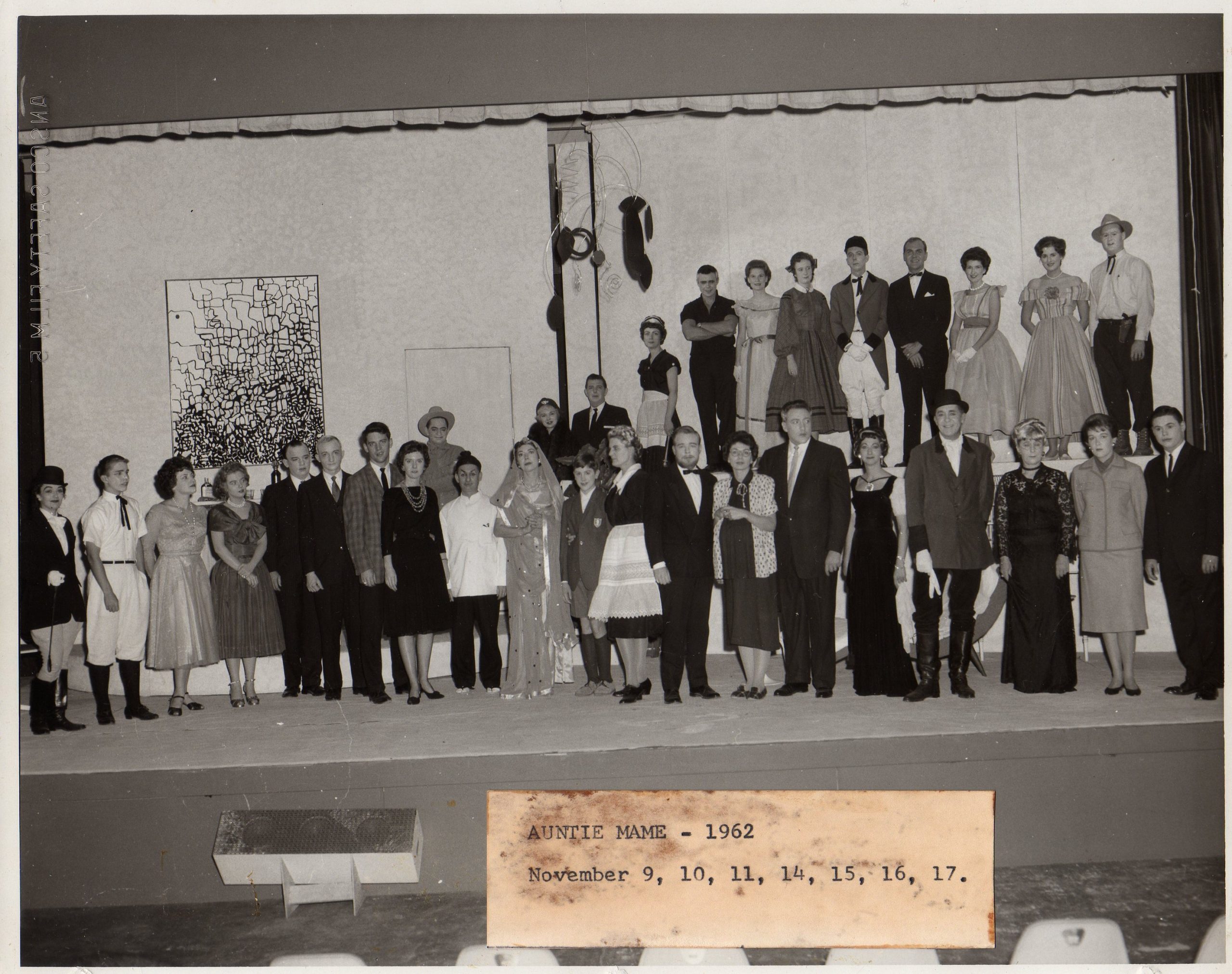 “Auntie Mame” tells the story of Mame, a handsome, sparkling, warm-hearted lady who brightened the American landscape with her whimsical gaity, her slightly madcap adventures, and her devotion to her young nephew, who grew up to be author Patrick Dennis. Throughout fortunes that rose and fell and a pleasant but brief marriage to a likeable Southerner (who had the bad luck to tumble down the Matterhorn), Auntie Mame’s chief concern was her nephew, whom she raised.

Community Players originally plan to have five shows their first season in their new building to celebrate both the building and their 40th Anniversary as an organization. However, due to delays in construction, the season was trimmed down to four shows that would start in early November. “Auntie Mame” was scheduled to open on November 8, 1962. The auditions were held at the YMCA on September 6, 7 and 8, 1962. Season ticket prices were $5.00 and single admission would be $1.65. Players purchased 301 seats, that had arrived in late October from the old Pantheon Theatre in Chicago. The seats were cleaned and in place for the opening night of “Auntie Mame.” By the opening night of the show 1,450 season tickets had been sold. In place by tech week, Players had their own box office with hours of operation from 12 noon to 5:30 and 7:00 p.m. before the performances on the Friday and Saturday nights, and the next Wednesday through Saturday. Two clever ads appeared in the Pantagraph for single admission tickets. The ads looked like notes from their Auntie Mame encouraging her new friends from the Bloomington-Normal area to visit her on Robinhood Lane during her visit to the twin cities. But, please bring $1.65 to offset the costs of the enjoyable evening together. Because of the six sell-out performances, a seventh show was added on the Sunday of the closing weekend.

Patrick Dennis, as a boy