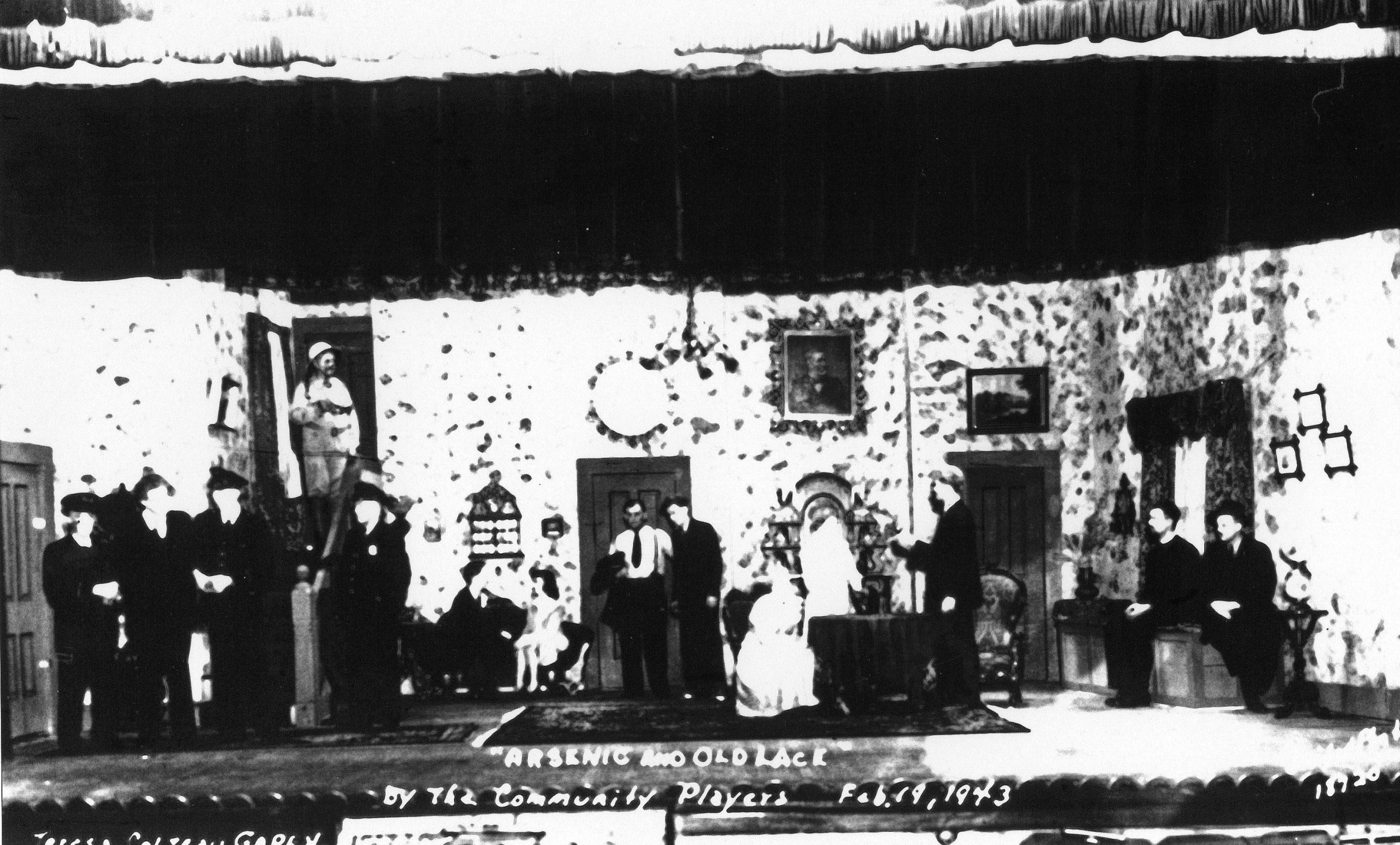 This farcical black comedy revolves around the Brewster family, descended from the Mayflower but now composed of homicidal maniacs. The hero, Mortimer Brewster, is a drama critic who must deal with his crazy, homicidal family and local police in Brooklyn, New York, while trying to decide if he should marry his girlfriend, Elaine. Mortimer’s family includes two spinster aunts, Abby and Martha, who have taken to murdering lonely old men by poisoning them with a glass of home-made elderberry wine laced with arsenic, strychnine, and just a pinch of cyanide; brother Teddy, who believes he is Theodore Roosevelt and loves to dig locks for the Panama Canal in the cellar of the Brewster home (which also serves as graves for the aunt’s victims), a murderous brother, Jonathan who recently received plastic surgery performed by an alcoholic accomplice, Dr. Einstein, to conceal his identity and now looks like Boris Karloff. Chaos ensues, but all ends happily, except for Jonathan, in the Brewster household.

Stating concerns over whether “Tovarich” could even now be presented as a second production, a board motion again postponed “Tovarich” to a later date. It was announced that the newly available “Arsenic and Old Lace” would be the second production the season. It was felt that the name recognition would help in the casting of eleven men and three women. The director made use of the gentlemen ushers for the show as the bodies from the basement during the curtain call.