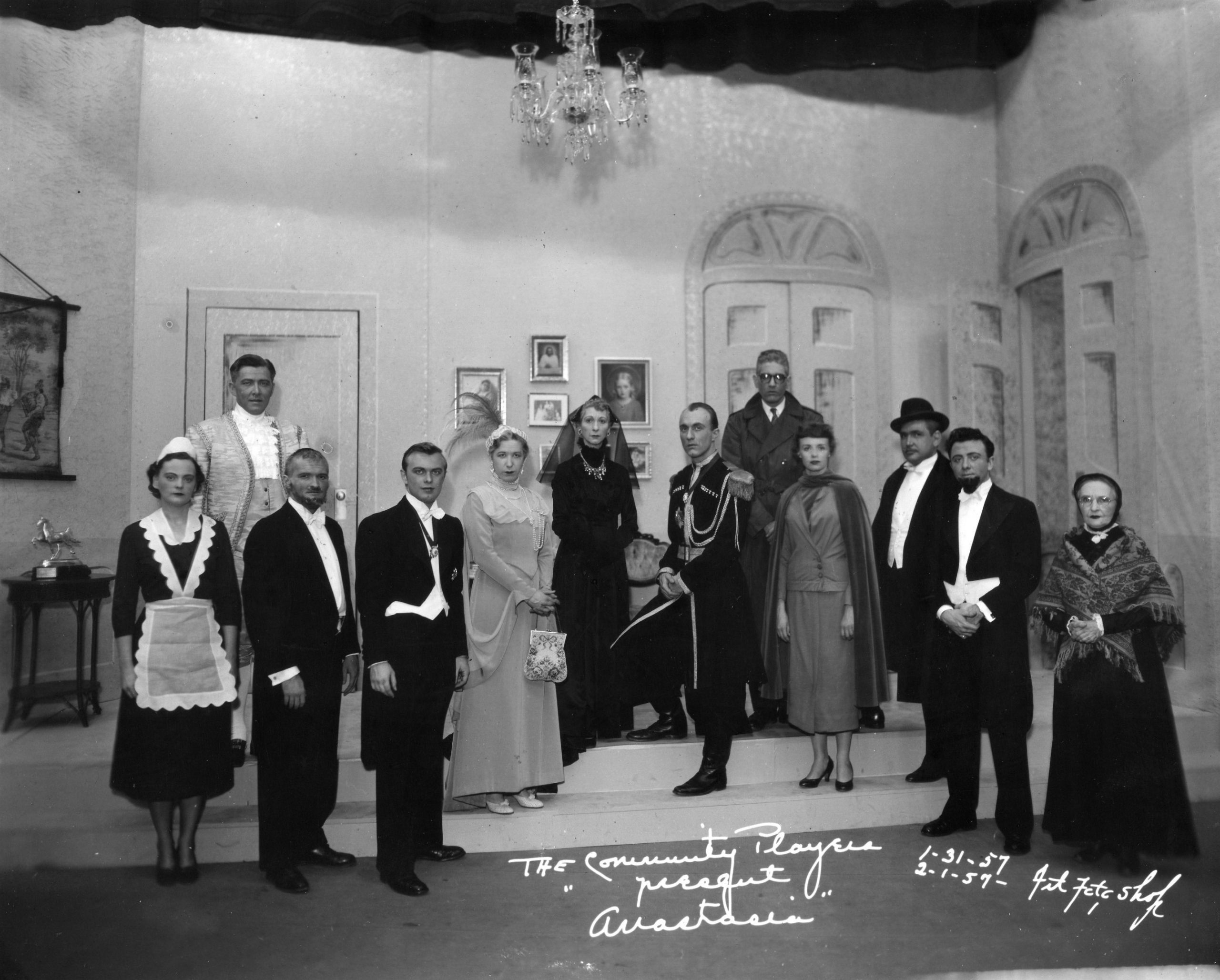 Anya, the last surviving daughter of Czar Nicholas II of Russia, is discovered as an amnesiac in a Berlin asylum by a former Cossack “prince” turned-taxi-driver, Bounine. Anya is swept into a scheme to exploit the heritage of 10 million pounds being held in trust for any surviving heirs of the Romanoff dynasty. As the conspiracy goes forward, Anya is coached to succeed but for one last test: the Imperial Grand Empress is alive and her acceptance is essential. In a famous recognition scene of breathless suspense, Anya meets her grandmother and must convince the dowager that she is the long-lost Royal Princess Anastasia.

Community Players had received permission from the Samuel French Publishing Company to be the first local rights to produce “Anastasia.” Players was also able to use the Manhattan Costume Company of New York, who made available the costumes that were used by the original Broadway cast. On a local level, the Pantagraph did an article on Mrs. Lily Weatherly. An Englishwoman who came to America in 1920, Lily had worked with a Shakespeare company, traveled with minstrel shows, and even performed as a Gypsy both in England and America. Lily had performed with the Players since 1936, appearing in at least one show a year with the exception of one or two seasons. Lily portrayed a charwoman in “Anastasia.”