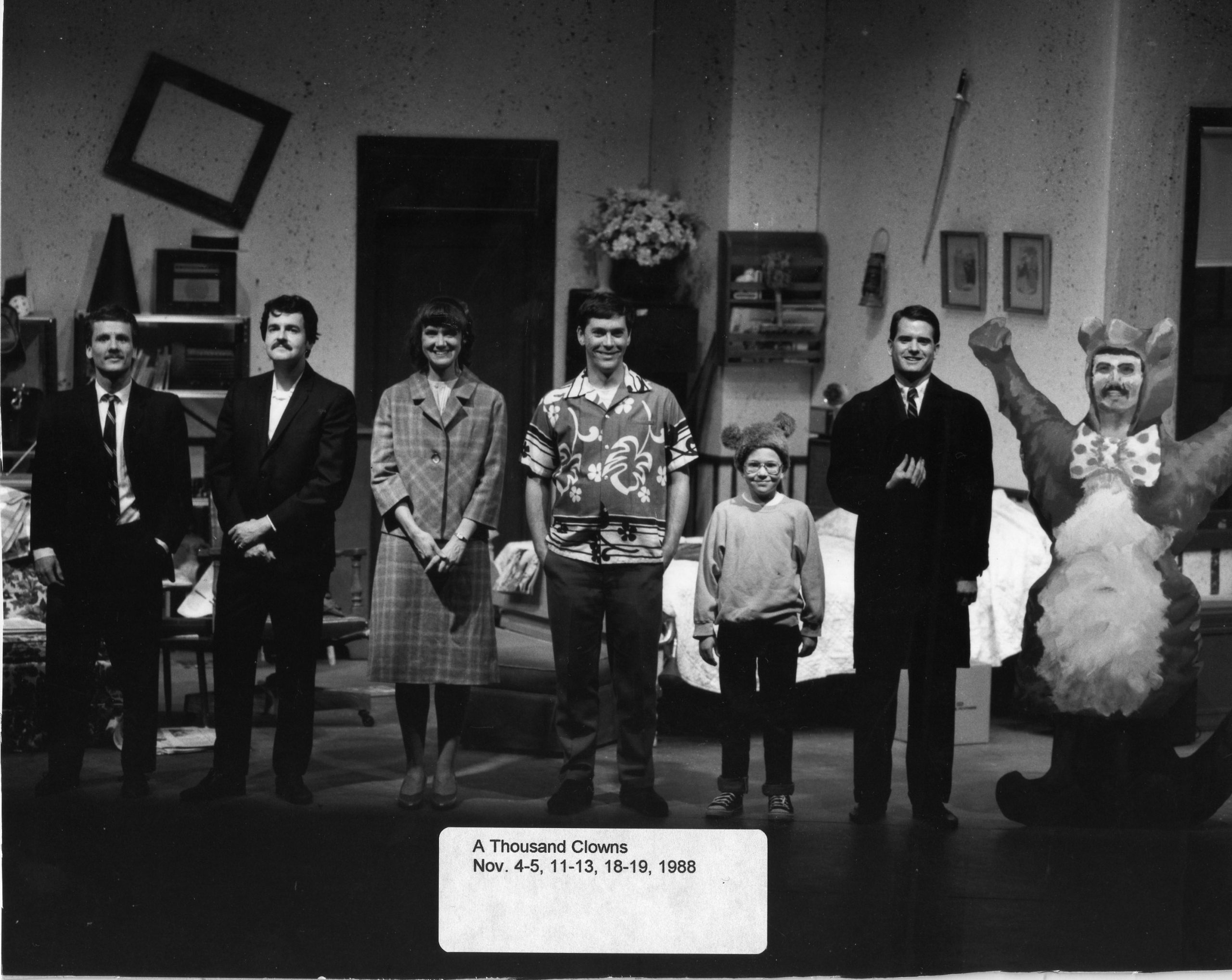 “A Thousand Clowns” tells the story of unconventional Murray, uncle to precocious nephew, Nick. Tired of writing cheap comedy gags for “Chipper the Chipmunk,” a children’s television star, Murray finds himself unemployed with plenty of free time with which to pursue his…pursuits. Lectured by his conventional brother Arnold and hounded by “the system,” Murray is paid a visit by bickering, uptight social workers, Sandra and Albert, and finds himself solving their problems as well as most of his own.

“A Thousand Clowns” was a revival that had been first performed in the 1971-1972 season. The production was well-received and made a profit for the Players. In a tribute to the 1972 production, their cast photo was hung on the set wall. Two of the original leading actors, Dr. John Kirk, who played Murray, and Jack Ingold, who played Albert, came to see the current production. In the program was a special “In Memoriam” for Dean Litt. Dean had been a past president of both the board of directors and the trustees. Dean had also been a board member, holding a variety of jobs. Dean appeared on stage in a couple of shows. Dean was instrumental in getting the Robinhood Lane Theater in 1962, and later the scene shop in 1973 built and operating.