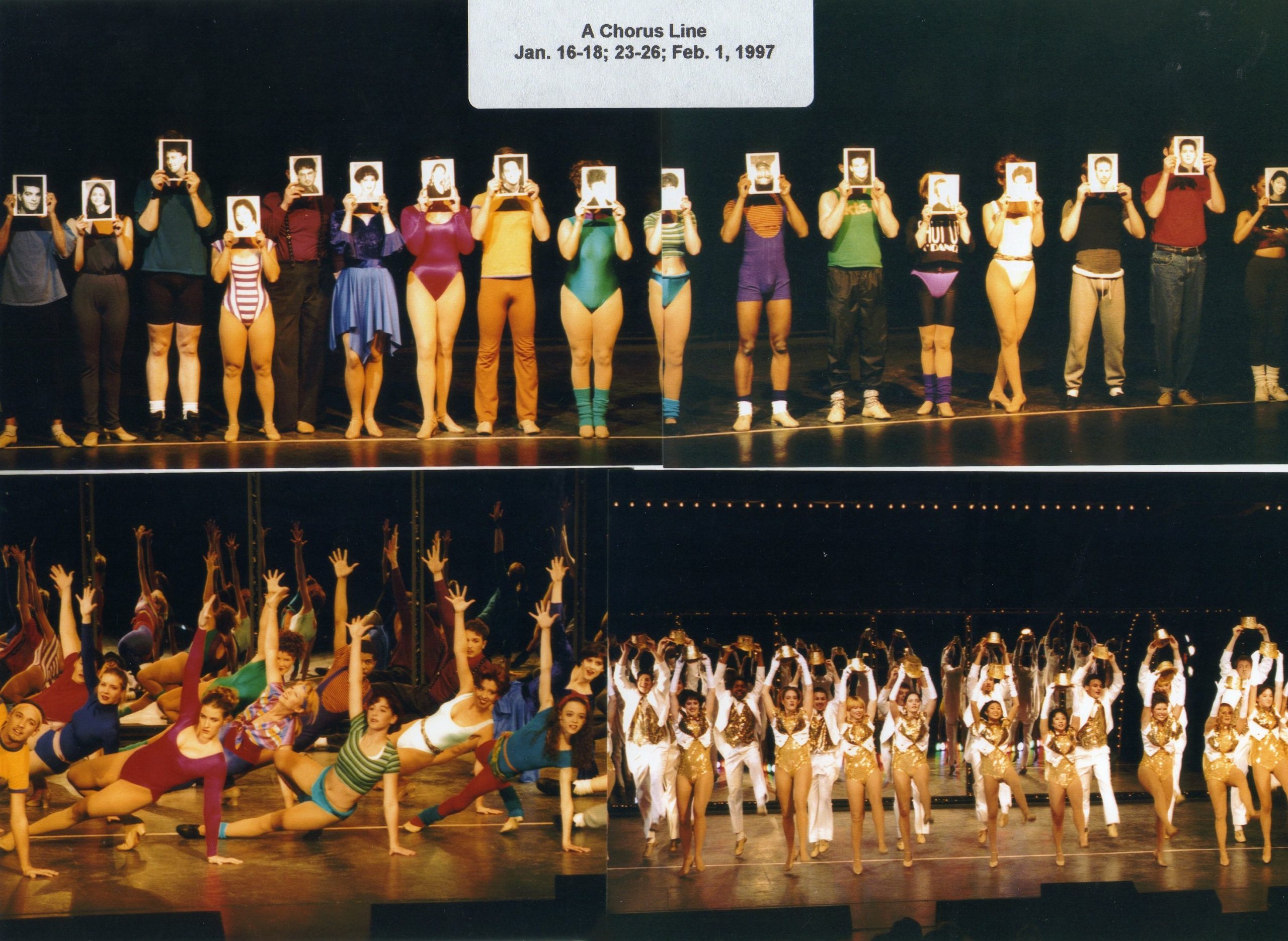 “A Chorus Line” takes the audience through the final grueling audition run by the director, Zach, for a new Broadway musical. At the beginning of the show, Zach, a driven, compulsive worker, has assembled thirty semi-finalists and is putting them through a vigorous series of dance combinations, including ballet and jazz. Soon he thinks this group down to the final sixteen, eight boys and eight girls. They and the audience know that eventually this number will be cut in half and Zach will choose only four boys and four girls to be in his new musical. Instead of having them read a short audition scene, Zach wants to elicit a personal history from each one: how they got into “show business,” why they became dancers, what their hopes, fantasies and aspirations are. As he calls upon them individually, they react in every possible way, from bravado to reticence. From childhood on, their memories emerge, blending into a seamless series of musical numbers and monologues.

The third show of the season was the Pulitzer prize-winning musical “A Chorus Line,” which included eight newcomers to the Players’ stage. On the back cover of Players’ program was a special message of thanks in five languages. Jack Ingold, actor, producer, board member, past president, trustee, and owner of Biasi’s Drug Store was retiring and closing down his business. Biasi’s had been a faithful supporter on the Players’ back covers for decades. Players’ wanted to publicly thank Biasi’s and Jack for all of their support over the years.