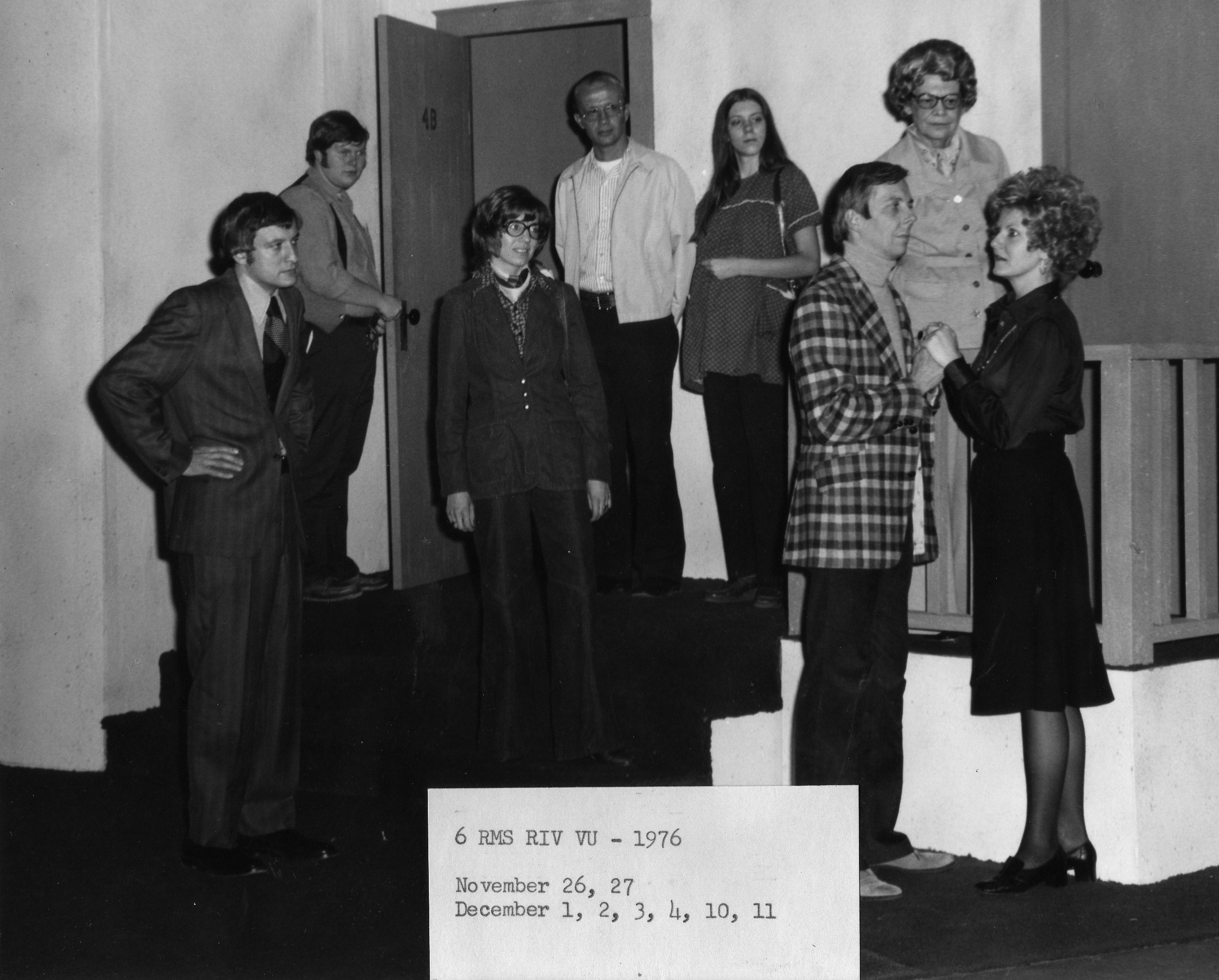 In this urban romantic comedy, a vacant apartment with six rooms and a river view is open for inspection by prospective tenants, and among them are a man and a woman, strangers when they meet. As the last to leave, they find themselves locked in, and though both are happily married, they discover a mutual attraction as they wait out the long night ahead.

The second production of the season was the contemporary comedy “6 RMS. RIV. VU.” This show was well-received by both audience and reviewer. The production had eight actors and one set with no furniture.

To give one the idea of the cost of mounting a production of this size, here are the financials. The royalties (permission to do the show) were $295.00 for the eight night run. The scripts for the actors were $11.95. Lights were #21.47, which covered the cost of replacement bulbs. Make-up costs were $15.85. This number was low because many of the actors supplied their own make-up. But, make-up, provided by Players was on hand for those actors who did not have or had forgotten their make-up. The cost for the set was $105.13. This covered any new lumber and paint that was needed due to design requirements. Props were also covered in the set costs. A picnic had to be given during each performance. Wardrobe costs were $9.30. Every actor supplied their own costumes, because the play was contemporary. A few items such as scarves or jewelry accounted for the $9.30. Historical photos were $55.00. These images were taken by a professional photographer. There were also set fees that applied to every show of the season. These fixed costs included honorariums for box office staff and director and producer, which amounted to $440.00. The Daily Pantagraph ads and announcements cost $335.07. The printed programs were $577.00. The production’s total cost was $1,810.63. The show made a profit by the end of the run of $1,202.77.

The Woman in 4A