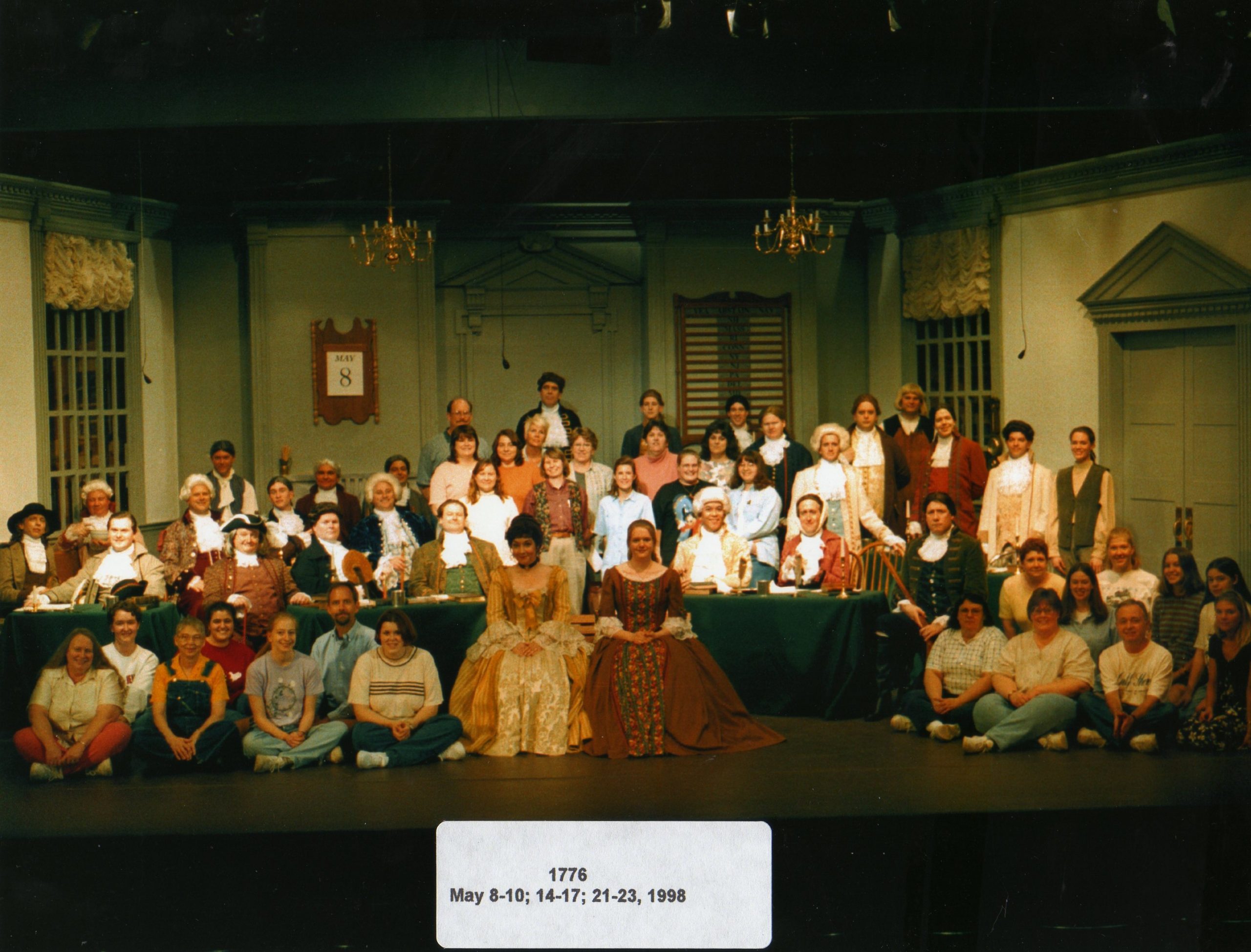 The seminal event in American history blazes to vivid life in this most unconventional of Broadway hits. “1776” follows John Adams of Massachusetts, Benjamin Franklin of Pennsylvania, and Richard Henry Lee and Thomas Jefferson of Virginia as they attempt to convince the members of the second Continental Congress to vote for independence from the shackles of the British monarchy by signing the Declaration of Independence.

Closing out the 75th season was a revival of the musical “1776.” The corporate sponsor was Mitsubishi Motor Manufacturing of America. There were two connections of this well-received production and the first production in 1976. The scrim (a curtain that can show figures when lit properly from the backside) containing the names of the signers of the Declaration was the same scrim that had been created for the 1976 production. There were also four actors from the 1976 production in the current production: Scott Myers, Bruce Parrish, J.D. Scott, and Gayle Thomas. In a Pantagraph photo ad, Community Players gave a big thanks to the 1997-1998 corporate sponsors with a photo of each director thanking that corporate sponsor.